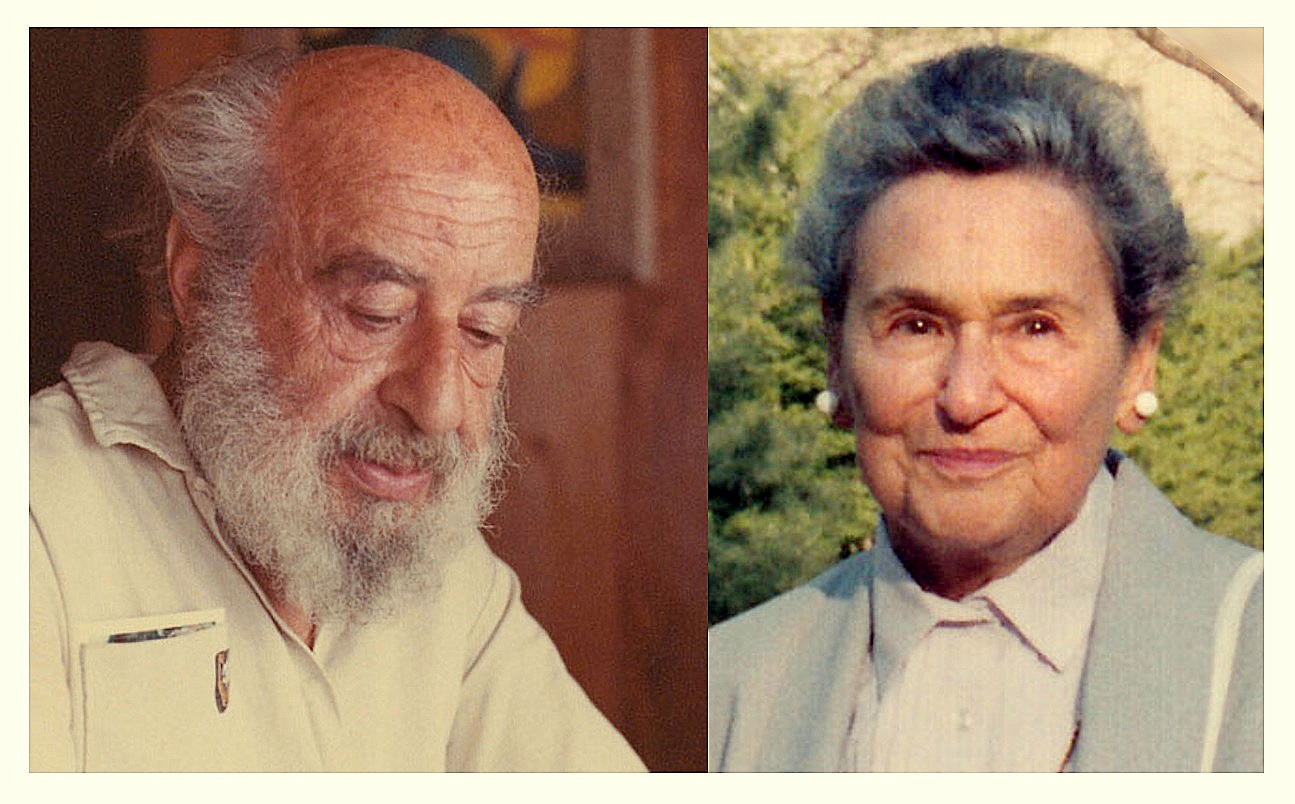 The Gestalt represented in these videos and audio is the Gestalt of Fritz Perls in the 1960’s. He was both a pioneer and a showman. His brand of Gestalt was aggressive, confrontative and dramatic. This was underpinned by his deep knowledge and capacity to integrate theories and philosophies - from phenomenology to Zen and Taoism.

However, his brand of Gestalt is highly critiqued now by teachers of Gestalt in the 21st century. His brilliance was to some degree overshadowed by his own unresolved issues, and his intentionally confrontative methods are no longer recognised as having therapeutic value on their own merits.

So for instance, the included ‘Gloria’ interviews here. They are famous, and interesting. Gloria said afterwards that she preferred Perls, but in the long run, it was Rogers who she maintained connection with.

It is essential that in viewing and listening to these recordings, that it is kept in mind they were from the 1960’s - the Gloria tapes are from 1964. Our understanding of psychotherapy has come a long way since then, and Fritz’s style is in no way representative of contemporary Gestalt. These are presented for historical interest, and to see some of the roots of Gestalt therapy. But it is important that they not be ‘introjected’ (swallowed) in any way, as there are aspects of Perls’ therapy which we now understand to be counter-therapeutic. As always, what is valuable to find the grain of truth, and integrate that. 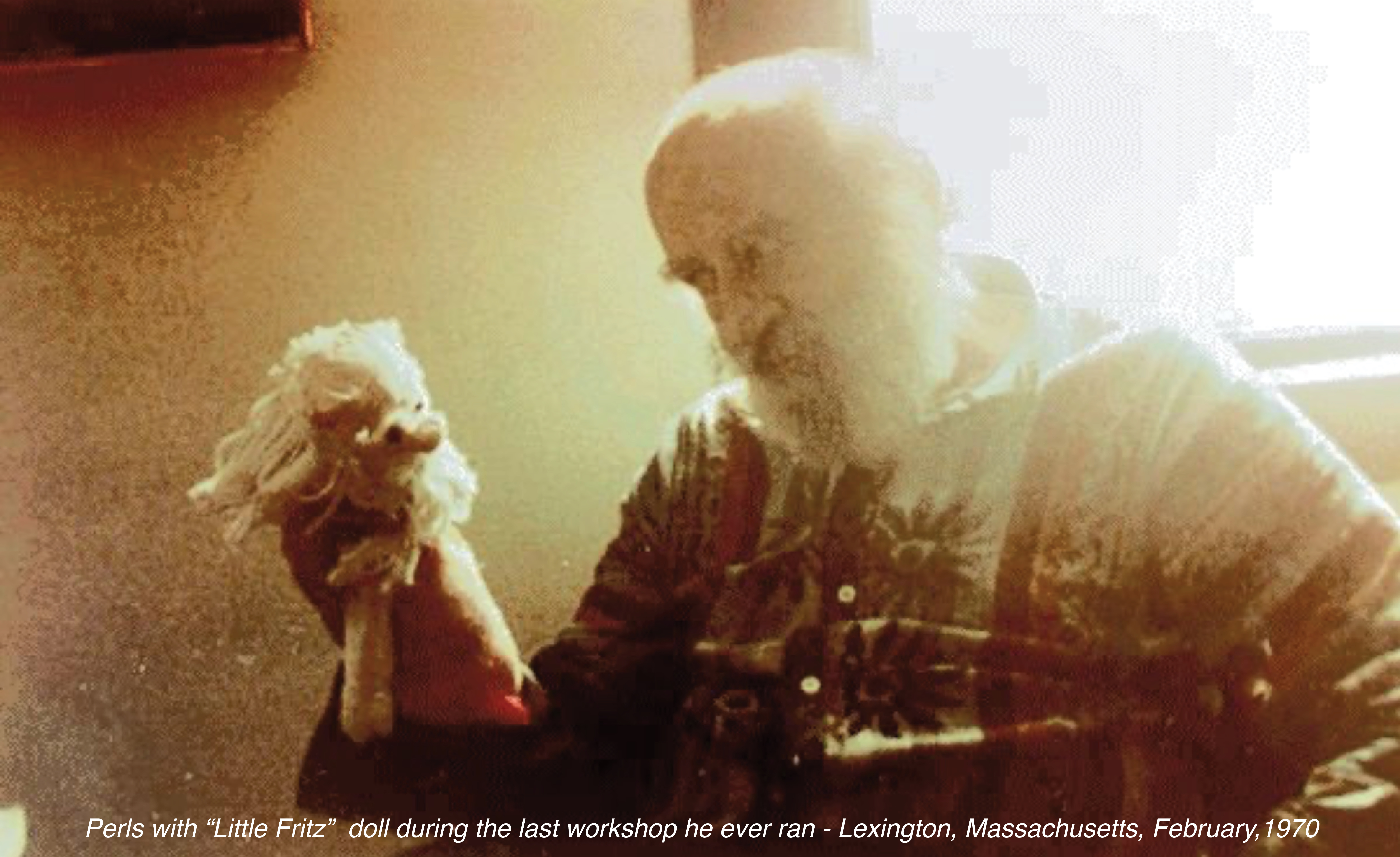 Fritz Perls, born in 1893, grew up in the bohemian scene in Berlin, participated in Expressionism and Dadaism, and experienced the turning of the artistic avant-garde toward the revolutionary left. This was a time in the 1920’s where he was near the center of cultural development - Max Reinhardt, Brecht, Kurt Weil, the Bauhaus, and many great writers and thinkers. Fritz played in the theatre, and considered becoming a director.

Perls served in the German Army during World War I, and was wounded in the conflict. After the war he was educated as a medical doctor. He became an assistant to Kurt Goldstein, who worked with brain-injured soldiers. Perls went through a psychoanalysis with Wilhelm Reich and became a psychiatrist. Perls assisted Goldstein at Frankfurt University where he met his wife Lore (Laura) Posner, who had earned a doctorate in Gestalt psychology.

Laura studied modern dance since she was 8 year old, and later learned body oriented approaches from Wilhelm Reich, Moshe Feldenkrais, F. M. Alexander and J. L. Moreno. She integrated this into the emerging Gestalt work since the beginning. She knew and was influenced by Martin Buber and Paul Tillich.

They fled Nazi Germany in 1933 and settled in South Africa. Perls established a psychoanalytic training institute and joined the South African armed forces, serving as a military psychiatrist. During these years in South Africa, Perls was influenced by Jan Smuts and his ideas about "holism".

In 1936 Fritz Perls attended a psychoanalysts' conference in Marienbad, Czechoslovakia, where he presented a paper on oral resistances, mainly based on Laura Perls's notes on breastfeeding their children. Their insight regarded the nature of assimilation. Perls's paper was initially turned down; he did end up presenting his paper, but it met with "deep disapproval."

Perls wrote his first book, Ego, Hunger and Aggression (1942), in South Africa, based in part on the rejected paper. Laura Perls wrote two chapters of this book, but she was not given adequate recognition for her work.

In 1946 they emigrated to the US, settling in New York. Their colleagues included Clara Thompson, Erich Fromm, Paul Weiss and Elliott Shapiro. They originally considered calling their new therapy Existential Therapy.

Perls's seminal work was Gestalt Therapy: Excitement and Growth in the Human Personality, published in 1951, co-authored by Fritz Perls, Paul Goodman, and Ralph Hefferline (a university psychology professor and sometime patient of Fritz Perls). Most of Part II of the book was written by Paul Goodman from Perls's notes, and it contains the core of Gestalt theory. This part was supposed to appear first, but the publishers decided that Part I, written by Hefferline, fit into the nascent self-help ethos of the day, and they made it an introduction to the theory. Isadore From, a leading early theorist of Gestalt therapy, taught Goodman's Part II for an entire year to his students, going through it phrase by phrase.

Fritz and Laura founded the first Gestalt Institute in 1952, running it out of their Manhattan apartment. Isadore From became a patient, first of Fritz, and then of Laura. Fritz soon made From a trainer, and also gave him some patients.

Of great importance to understanding the development of Gestalt therapy is the early training which took place in experiential groups in the Perls's apartment, led by both Fritz and Laura before Fritz left for the West Coast, and after by Laura alone. These "trainings" were unstructured, with little didactic input from the leaders, although many of the principles were discussed in the monthly meetings of the institute, as well as at local bars after the sessions. Many notable Gestalt therapists emerged from these crucibles in addition to Isadore From, e.g., Richard Kitzler, Dan Bloom, Bud Feder, Carl Hodges, and Ruth Ronall. In these sessions, both Fritz and Laura used some variation of the "hot seat" method, in which the leader essentially works with one individual in front of an audience with little or no attention to group dynamics. In reaction to this omission emerged a more interactive approach in which Gestalt-therapy principles were blended with group dynamics; in 1980, the book Beyond the Hot Seat, edited by Feder and Ronall, was published, with contributions from members of both the New York and Cleveland Institutes, as well as others.

Fritz left Laura and New York in 1960, briefly lived in Miami, and ended up in California. Jim Simkin was a psychotherapist who became a client of Perls in New York and then a co-therapist with Perls in Los Angeles. Simkin was responsible for Perls's going to California, where Perls began a psychotherapy practice. Starting in 1963, Simkin and Perls co-led some of the early Gestalt workshops and training groups at Esalen Institute in Big Sur, California, where Perls eventually settled and built a home. Jim Simkin then purchased property next to Esalen and started his own training center, which he ran until his death in 1984.

In the 1960s, Perls became infamous among the professional elite for his public workshops at Esalen Institute. Isadore From referred to some of Fritz's brief workshops as "hit-and-run" therapy, because of Perls's alleged emphasis on showmanship with little or no follow-through—but Perls never considered these workshops to be complete therapy; rather, he felt he was giving demonstrations of key points for a largely professional audience. Unfortunately, some films and tapes of his work were all that most graduate students were exposed to, along with the misperception that these represented the entirety of Perls's work.

When Fritz Perls left New York for California, there began to be a split with those who saw Gestalt therapy as a therapeutic approach similar to psychoanalysis. This view was represented by Isadore From, who practiced and taught mainly in New York, as well as by the members of the Cleveland Institute, which was co-founded by From. An entirely different approach was taken, primarily in California, by those who saw Gestalt therapy not just as a therapeutic modality, but as a way of life. The East Coast, New York–Cleveland axis was often appalled by the notion of Gestalt therapy leaving the consulting room and becoming a way of life on the West Coast in the 1960s.

An alternative view of this split saw Perls in his last years continuing to develop his a-theoretical and phenomenological methodology, while others, inspired by From, were inclined to theoretical rigor which verged on replacing experience with ideas.

In 1969, Fritz Perls left the United States to start a Gestalt community at Lake Cowichan on Vancouver Island, Canada. He died almost one year later, on 14 March 1970, in Chicago. One member of the Gestalt community was Barry Stevens. Her book about that phase of her life, Don't Push the River, became very popular. 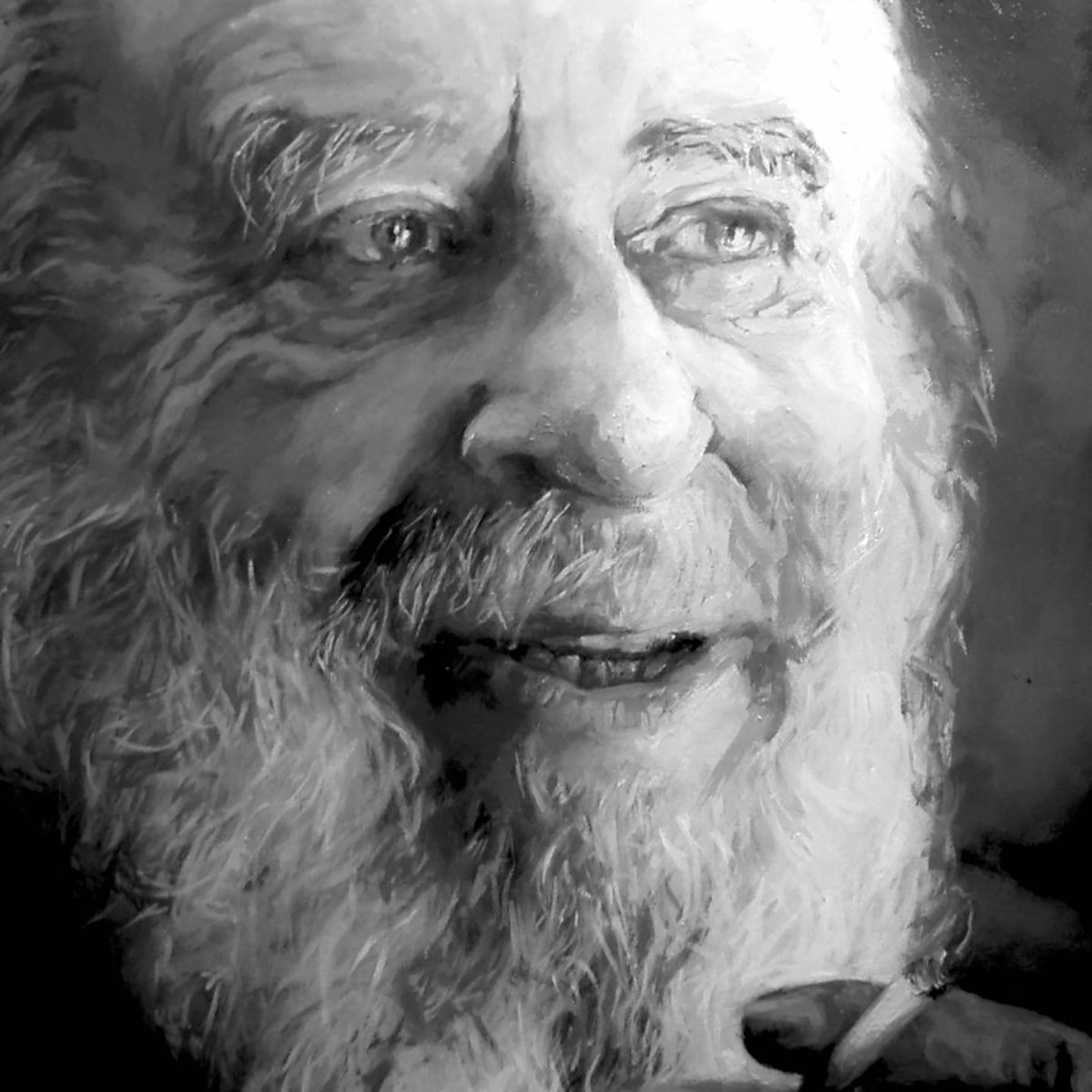 Fritz Perls - Everything is aware process

Fritz Perls - The Philosophy of the Obvious

Perls - Help Yourself to Gestalt 1