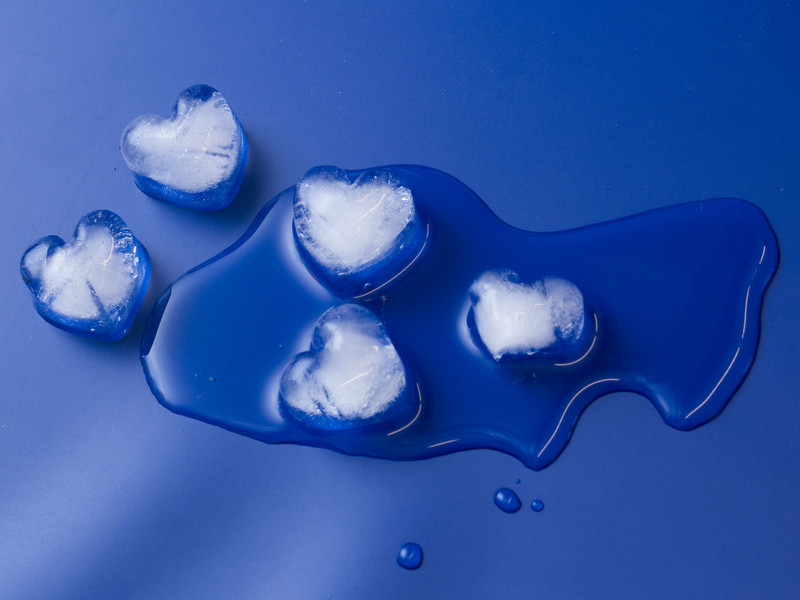 Katie spoke about her relationship with her husband.

It had been very painful for a very long time. They had not had sex for 10 years. She felt towards him as sister and brother - ‘a family’ but with no sense of intimacy.

He had been pigheaded, selfish, insensitive, and domineering. The children had also distanced from him for those reasons.

She had spent the last number of years doing a lot of work on herself, finding her own happiness.

They had gone away on a family holiday. The kids, now older, were out for the night, and it was just the two of him.

He came over and gave her a hug. She was shocked, and scared, and very tense. She felt no warmth towards him on a physical level, and was very uncomfortable with her own reaction, as well as his action.

When they got home, he started changing. He dropped his belligerent attitude. He started doing nice things for her.

She was very wary, and held lots of fears. What if this was just a temporary change. What if he tried to get close to her again.

I pointed out that if she acted out of fear, this may indeed just be a temporary change, and her own actions would revert the system to its previous state. This was confronting her with her own choices and responsibility in maintaining the current system, and examining her investment in it, no matter how much she might complain.

This was a bigger subject, for ongoing work.

But in this moment, I suggested that she identify where and how she would be comfortable giving her husband a ‘reward’ for his changes.

This is related to the principle of give and take in relationship. Between marriage partners, it’s essential that there is some kind of systemic balance. In this case, she had clearly done more of the giving, and he more of the taking. Complain as she might about this situation, she had also been part of creating and maintaining the imbalance. By starting to do something different in recent times, she was having an impact on the systemic balance. One result is that he started to give to her instead of just taking.

However, such an act on his part is more likely to continue if it starts a mutually ‘virtuous’ cycle, rather than the vicious cycle they had been caught in.

Her role in that would be to give something back, no matter how small.

This however confronted her with her bitterness and resentment, which she would have to find a way through, in order to allow something new to develop.

Her fear was that he would take any friendliness on her part 'the wrong way'. I pointed out that this was getting ahead of herself. The focus needed to be in the present - what she had the capacity to give, and her limits on what she was willing to receive from him, or how close she was ready to be. She needed to make it clear to him that she could only take one step at a time towards him, and needed him to move at the same pace.

When a relationship has been frozen for a very long time, it seems like it can never change. But Field Theory tells us that change is the essence of life, things change all the time. When we tap into that flow, then we start to recognise and feel just how quickly things can change. The issue then is how much support people have to integrate change.

In Gestalt we are more oriented towards small changes than large dramatic ones. The issue is always, what step is there internal and external support for, where is the domain of choicefuleness able to be expressed, and how can a person find their own compass, rather than acting according to the expectation of others.