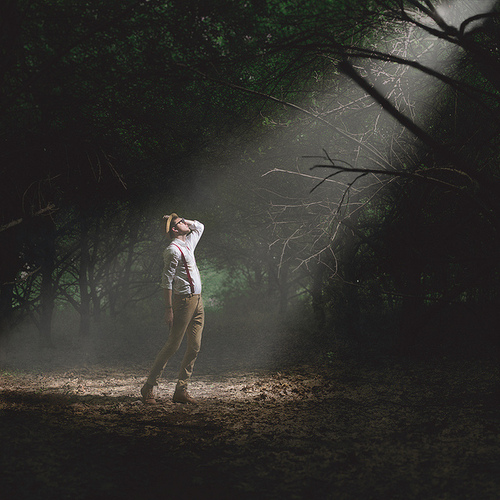 Victor wanted to understand more about what spirituality was, but he was unclear. Gestalt can be used with any figure of interest, and it does not require the therapist to be some kind of spiritual expert to be able to help someone clarify their awareness, or make sense of their experience.

So I asked about his conceptual framework - his beliefs about spirituality - as his desire was ‘understanding’ which implies some mental content. This is the first way to help someone to articulate their own spirituality - in terms of their thinking. He reported being a Buddhist. Next, I asked him about his experience. This is a good place to start with spirituality, as it can easily become a heady and esoteric subject, and experience, even transcendent ones, are grounding in the self.

He talked about time when he had done a spiritual practice for 1 hour each day. This is the second definer of spirituality - practices.

I asked what kinds of spiritual experiences he had had as a result.

Victor said he didn’t really know. He had noticed that he became more sensitive to others, and their feelings and states. He also noticed that with work clients, he was able to tune into them more fully - again an increase in sensitivity.

He also felt more tuned into the natural environment, in this place of increased sensitivity. Still, he didn’t quite know what all this meant, or what exactly spirituality was. I pointed out that these experiences were all in relation to others, to something outside of himself.

I asked about the impact that the practices had on his internal experience.

He reported a feeling of peace.

I pointed out that this was a good way to answer the question ‘what is spirituality’. He understood this straight away, not just cognitively, but in his being. He had had a spiritual experience, but being invited to articulate it helped him to relate it cognitively: to make sense of it - as this was his original desire. However, this ‘making sense’ was now grounded in and related directly to his experience, rather than a theoretical framework he may have learned from someone else.

I then invited him to remember that feeling he had after the spiritual practice sessions. He recalled it, and then I asked him to report his experience in the present. This is a standard Gestalt invitation. He reported feeling a small measure of that peace. I then identified this to him as a spiritual practice he could do moment by moment, cultivating that sense of peace. This dropped it all into place for him. He now had a way to connect up his experiences, his concepts, and his practices, in a present-centred, alive way.

This is the kind of integration we generally seek in Gestalt, and it’s particularly potent when it’s done around the topic of spirituality.