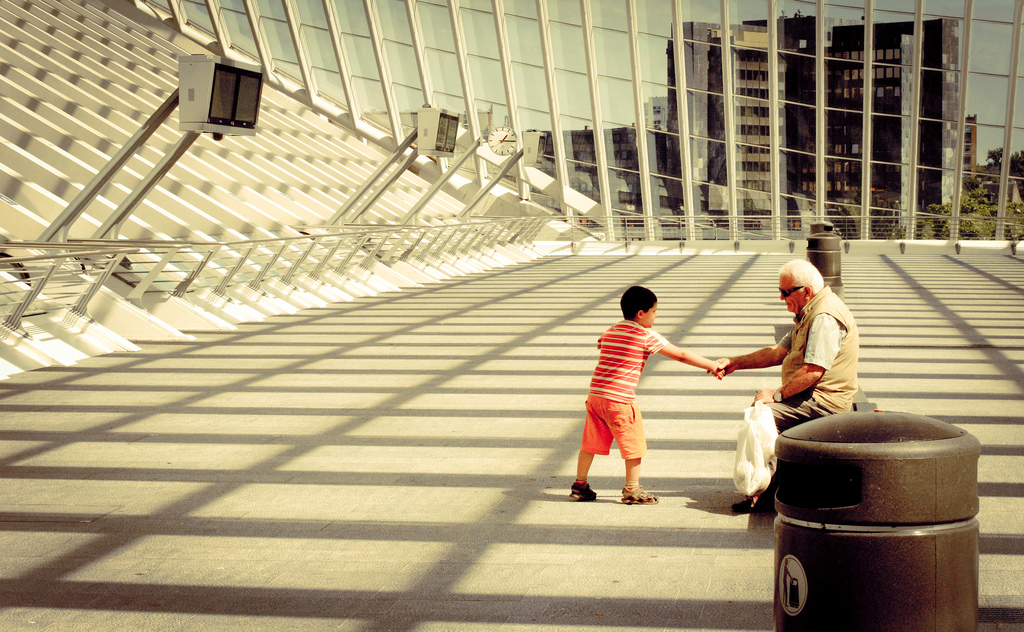 Sylvia brought a complex issue. She wanted to be able to take more responsibility for herself, as a kind of spiritual practice, but when faced with certain people, she would push them away, and create distance. Further, she would pressure herself, so taking more responsibility felt like choking herself. I asked what she was feeling in the present, and she reported turmoil.

In Gestalt, we always want specifics, as general issues are not going to yield a focused awareness. So I asked her for a specific example.

She talked about a previous friend that she had gone into business with. Problems had come up, and they ended up falling out, going their separate ways. She named some of the differences that they had, and her frustrations with her friend.

My interest, as is usually the case in Gestalt, was not on the content, but on the dynamic in relationship.

She explained that she had not talked about this to anyone, as she put pressure on herself, as a coach, that she should not have these kind of struggles, and secondly that she did not want to fuel gossip.

So, firstly, I responded with a relational statement, recognising her vulnerability in sharing this issue. This is an important acknowledgement of support as it exists between us. I asked what would be different if she took more responsibility. She replied that she would be more tolerant.

So this is what we call a 'new figure' emerging. In a Gestalt process we pay attention to the figures of interest, and sometimes the one we start with is not the most important one. So I asked about tolerance. Sylvia said - "I should be tolerant and not push her away.” In Gestalt, 'should' is always a flag word - representing a level of not taking responsibility (attributing motivation to an external source), and indicating some kind of universal injunction which has been swallowed. So there are a number of ways we work with this. Firstly, there is the identification of the source of the should. So I said - “more tolerant, according to whom?” This grounds the seemingly absoluteness of the injunction in a relationship.

Sylvia named four sources - ideals of spiritual perfection, her family beliefs, cultural beliefs, and her own drive to be better than the circumstances she was raised in. We could have worked specifically with any one of these, and they would be good for future work on what we term as introjects - beliefs that were swallowed.

But I wanted to keep on track.

I asked her to represent the four sources of shoulds as objects…which she placed in front of her.

I suggested that where there is a desire to be tolerant, there is probably the need to recognise intolerance first. This is the Gestalt approach to polarities.

So I asked her to place tolerance in one hand, and intolerance in the other, then to tell each of the four sources of shoulds that she, in fact, was both tolerant and intolerant. This allows her to name and own the complexity of her experience, in the face of the pressure of the introjects to simply be one thing.

Next, I placed an object in front of her to represent her former friend, and invited Sylvia to tell her the same thing.

Again, to focus the figure, I asked her to be specific in telling her friend what she was not willing to tolerate.

She made some clear statements.

I shared that I had a positive judgement - that her unwillingness to tolerate certain behaviours was a psychologically healthy action.

Sometimes in therapy it is appropriate to share a judgement, as long as it is fully owned, and is a very specific intervention. In this case, i wanted to offer my authoritative support for her owning of her intolerance, and also to recognise that this was in fact a way she was taking responsibility.

What was left then? She was interested in applied spirituality, so I suggested that now we could look at what it might mean to be spiritually tolerant in this place, after having drawn a healthy psychological boundary.

Having been able to own her intolerance now freed her up to find where and how much she was willing and able to be tolerant - not out of a should, but because that was a genuine stretching she wanted to do.

I gave an example of where I struggled with the same thing, and acknowledged the challenge of this.

By bringing myself in, I made this a relational process, rather than just a facilitated one. I also ‘did some of the work’ by looking to my own self reflection, rather than asking her to do all the work of figuring it out.

This is part of the I-thou process of Gestalt.

By joining her in this place I was able to offer her some interpersonal support, and recognise the difficulty of locating a genuinely spiritual capacity for tolerance, in a way that was real, and involved a personal stretch.

Sylvia had gained a sense of what she needed to do, how to do it, and had the clarity and ground now to be able to practice tolerance as a spiritual practice, having taken care of the psychological.

This is an example of the integration of psychotherapy and spirituality.