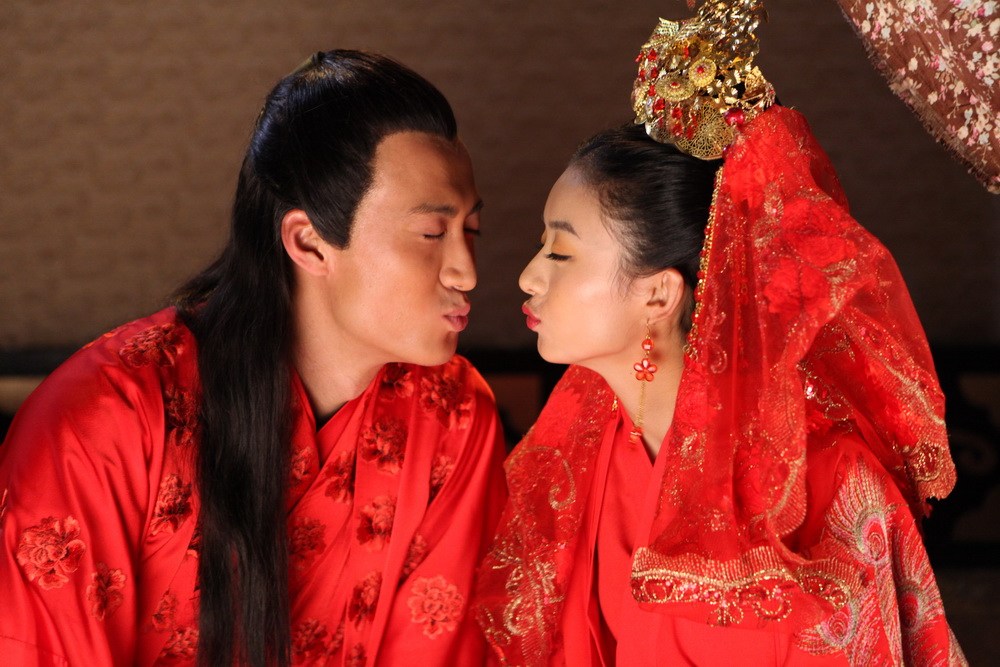 Chuan had never done therapy before. He was a businessman. His father made things out of wood, and had a small farm. Chuan had fond memories of his early years, being with his family; his father liked hunting, so they had big dogs. But during middle school he moved to another place than his father, and missed him.

In school he had always been a top student, but had never received acknowledgement from his father.

Ten years ago his company had run into problems. His wife and daughter were living in their hometown, and he was in the city trying to deal with a financial disaster in his company. He started drinking regularly, and fell into a depression for a year.

At the end of this terrible year of depression he met his father at Spring Festival. His father asked straight away - “what's the problem? Are you getting divorced?” Chuan replied,“just a few problems at work." But his father did not believe him, and pressed him.

His father shocked Chuan by saying to him, “I trust you. I believe in you.” He also said, "if it’s not working in the marriage, it’s okay to get divorced.”

This had a huge impact; Chuan stopped drinking, and started turning his business around. However, there was indeed a problem in his marriage, and Chuan did not feel he could really talk to his father about it.

HIs wife had been his classmate. She got pregnant, and out of duty he married her. She was a kind person, nice to his family, and a good mother to their daughter. He had reluctantly married, and now felt ‘kidnapped’. He didn’t want to let anyone down, but he was unhappy. I asked how bad it was - 3 out of 10 he replied. Sex had dried up years ago.

And he simply wasn’t attracted to her. He felt more like brother and sister.

This was not a marriage that could be reignited, because there was never much of a spark originally. In some rare circumstances, it might be possible. But the situation was that he came out in a cold sweat if he hugged her - there was so little attraction there. He respected her, but only as a companion.

He was indeed trapped.

I asked him to name the two parts of him in conflict: the ‘Good Husband’ and ‘True Love’. I invited him to select two objects in the room to represent these polarities, and I then facilitated him to have a dialogue between the two parts. At first, it was simply a reiteration of the endless argument between those warring parts.

I pointed out that this argument could go on eternally, but the two parts had to come to an agreement - which I likened to a business negotiation.

After some discussion, the two parts came to an agreement: *True Love* would give *Good Husband* a year to sort things out. *Good Husband* agreed to talk with his wife about these matters.

However, I could see Chuan's fear about actually having this talk, as he knew that doing so would indeed pain his wife, and would probably spell the beginning of the end of their marriage.

At this point, Chuan became very uncomfortable and a bit dizzy. He had to stand up and walk around. He looked around the room, and said, "I don’t like a room with no windows.” I explained that there was a window behind the curtain. That relieved him a bit.

I then took some time to tell him about my experience of divorce. He interrupted me and asked about the ring around my neck. I explained I got it in England, when visiting for my second daughter’s graduation.

I told him that although the divorce was difficult, my children had not ultimately been damaged - they had gone on to do well.. and that I had found true love myself. I told him honestly about the difficulties I had faced, and that my ex-wife had faced, in the process of divorce.

In playing the ‘father’ role in the therapy, I was reinforcing the message that it was okay to divorce.

I will generally do whatever I can to help a couple stay together and have a healthy relationship. But sometimes, if this is really anti-life in terms of a constriction of their lifeforce and ability to live authentically, then I support someone to consider divorce.Chuan was very relieved at the end of this. He said that what really caught his attention was two things - when I said that there was in fact a window in the room, and when he had asked about my ring.

It is in these interpersonal and symbolic moments that touched him. Triggered by his question about my ring, hearing about my own experience of divorce helped him out of his fear and stuckness - this was a dialogical part of the therapy, which involved my own self revelation, about my own story. A therapist has to be very careful about telling their own story, but on occasion, that can be very helpful for the client - that’s the measure. The symbology of the window being open was also very important to him. He felt suffocated, and I introduced the possibility that there was a way out, even if hidden. This is something we could work on in subsequent therapy.

The facilitated dialogue between the two parts of him was also key - two warring elements that could never meet. The therapy gives the opportunity for them to come into contact, but this requires a lot of support from the therapist to facilitate this meeting, much like a real meeting between two warring people.

The significance of his father in all this was also a part of the complexity of the therapy. The support his father gave - including the acknowledgement of Chuan - was important in his change. So this signalled the importance of the role I could play as a 'father figure', and the impact I could have in the support I gave him.