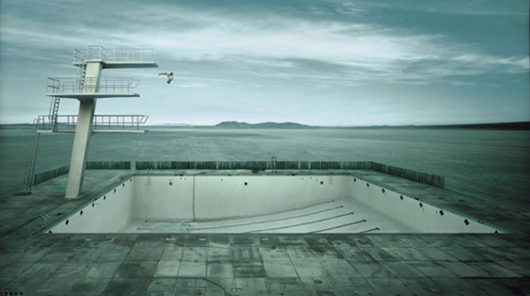 Danielle told a very traumatic story. Both her husband and herself were teachers, and they travelled together, and taught English in a variety of countries. They had met in college, and it seemed they were very close, both creative, both interested in spirituality, and involved in the arts.

At one point, he went to France for an art exhibition. He did not return, however. He had decided to stay there illegally. He did so with no warning to Danielle and no discussion. This was of course very upsetting. As time went by, things did not change. He did not invite her to join him, though he did return home a few times. Each time, the communication was strained, and Danielle continued to feel very hurt by the situation.

She felt her life in some kind of suspended place, where she could not really move forward with much confidence, nor could she seem to resolve the situation.

After some time, she heard through another person that he had died the previous year there. This dismantled Danielle even further. She even found that the process of getting a divorce was made extremely difficult, and that got shelved as well.

She described the experience as a building whose foundations collapsed, and lay in a pile of rubble.

She spent the next 6 years reassembling her life, bit by bit. She got very involved in spiritual practices and philosophy, personal growth work, and dedicated a lot of time and effort to extracting herself from the trauma.

She now felt back on a solid footing, but the issue was about moving into a new relationship. She had been in a few since then, but none lasted.

She now felt more ready for serious relationship. She had one currently, but it had not progressed much, due to her ambivalence.

She described it as standing at the edge of a swimming pool, feeling frozen, unable to dive in.

I pointed out this made perfect sense, given her experience. I took her metaphor and used it to further awareness. I pointed out that last time she dived into relationship, it looked like the pool was full of water, but in fact, this was not the case, and she got badly hurt. So it was, in fact, very important to check how much water was in the pool. I compared this to knowing about the other person’s shadows. I asked if she was better now at discerning these shadows in someone else.

She wanted to focus on what she needed to pay attention to in herself, her own shadows. But on this occasion, unusually, I did not want to do this. I judged that with all the intensive personal work she had done, she was quite aware of her shadow material, and able to own it.

So I focused on what she would need from a partner, taking the focus off of herself. Usually I want to put the focus on the client. But when someone has taken a great deal of responsibility for themselves, then it can be good to get them too look out at the world, and evaluate others.

The issue in Gestalt is that we do not follow a formula. What is good in one situation is not necessarily relevant in another. 'It depends'...on the person's level of development, their needs, their awareness, and what is missing. In this case, the growing edge, as I understood it, was her ability to really see the other person, as they were, without either fear or fantasy.

In Gestalt, we are very much focusing on grounding the person in their sensory experience, their somatic experience, in the here and now.

And, we also work with metaphor; in this case, it was very useful, as it gave a key to how to move ahead. Working within the person's own world, their own language, gives us direct access to their phenomenological world.