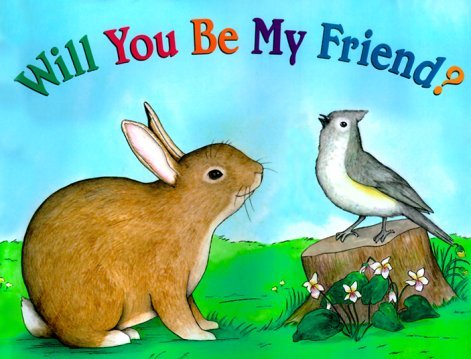 Lilly was bright and cheery, in a genuine way. I liked her liveliness and her friendliness. She did indeed brighten up the room. I gave her my personal feedback about this. How I felt easily connected with her, how I appreciated she brought herself into relationship, and how in a place of similarilty, I found it hard to find anything I could be critical of.

She said she got a lot of positive feedback from others about this as well. But some people thought she was a fake, and was in fact really hiding other things.

Now, this could well be true, but it wasn’t apparent to me. I asked if she could identify things she was hiding, like anger, or meanness. She couldn’t. I was not going to press this. Perhaps, she was just a genuinely happy person.

I asked how old she was - 38; and unmarried. I commented on how odd this was - a lovely woman like herself, not able to find a partner. She couldn’t explain it, other than to say that she did not feel the deep connection she needed to feel to have a partnership with man. As I suspected, there was no shortage of suitors.

She also revealed she had few friends. Again, this seemed rather incongruous to me. She shared that as a child there was a large age gap with her older siblings, so she didn’t really play with them. The village she went to school in had no other kids her age, so for many years of her schooling she did not really have a playmate.

This made things clearer - she had not really learned to socialise. Despite her happy manner, she somehow did not know how to make friends. Nevertheless, this still seemed a little odd to me, so I asked her to pick 5 people in the room that she would like to explore friendship with.

She had a hard time choosing. This was because she wasn’t sure if there was a natural connection there. It seemed that, like finding a partner, she felt there had to be some kind of natural chemistry.

So I told her she would have to do the work of creating connection. It seemed that she was in a kind of passive mode about this or, at least, did not know how to do it. The first person she chose I asked to come out, and she would have a conversation with them. Sure enough, she didn't really know how to start. So I helped her - to tell them that she wanted to be their friend, and was interested in getting to know them.

As she started talking with them, i observed that she was giving way too many judgements about them. Whilst this could be connecting if it was just one judgement, and they discussed it between them, she didn’t seem to know when to stop.

She also revealed that there was a voice in her head which told her that this probably wasn’t really going to go very far. I named this the saboteur, put a pillow next to her, and asked her to separate out from the saboteur, so she could continue the process uninterrupted.

It became very clear that she didn’t actually have many social skills. So I helped her develop a conversation, guiding her as to how to find a meeting.

This was an example where she needed practical assistance - coaching you could say. There were many therapeutic issues that we could go into over time. But most immediately the kind of support she needed involved being taught some basic skills that she had not got a chance to develop in childhood, and had never been able to work out. The deeper issues could be explored with at a later point - and even the saboteur exploration could wait. She needed an immediate experience of something new, and the ability to successfully connect, that the experiment provided.

Gestalt is oriented towards embodied awareness, and is conducted in a non-structured way. Yet is is also not solely driven by insight. There is a time and place for the experiment - for trying something different. The aims of this are two-fold - to increase awareness, and to engage in experiential learning. Timing is important - jumping into an experiment too soon means one may miss the relational ground, and not have a really energised figure to work with. But talking too much can reduce energy in a session, and the experiment brings freshness.

It also allows me to observe the person 'in action', rather than just their self reports. This gives me a much better understanding of who they are and how to work with them.