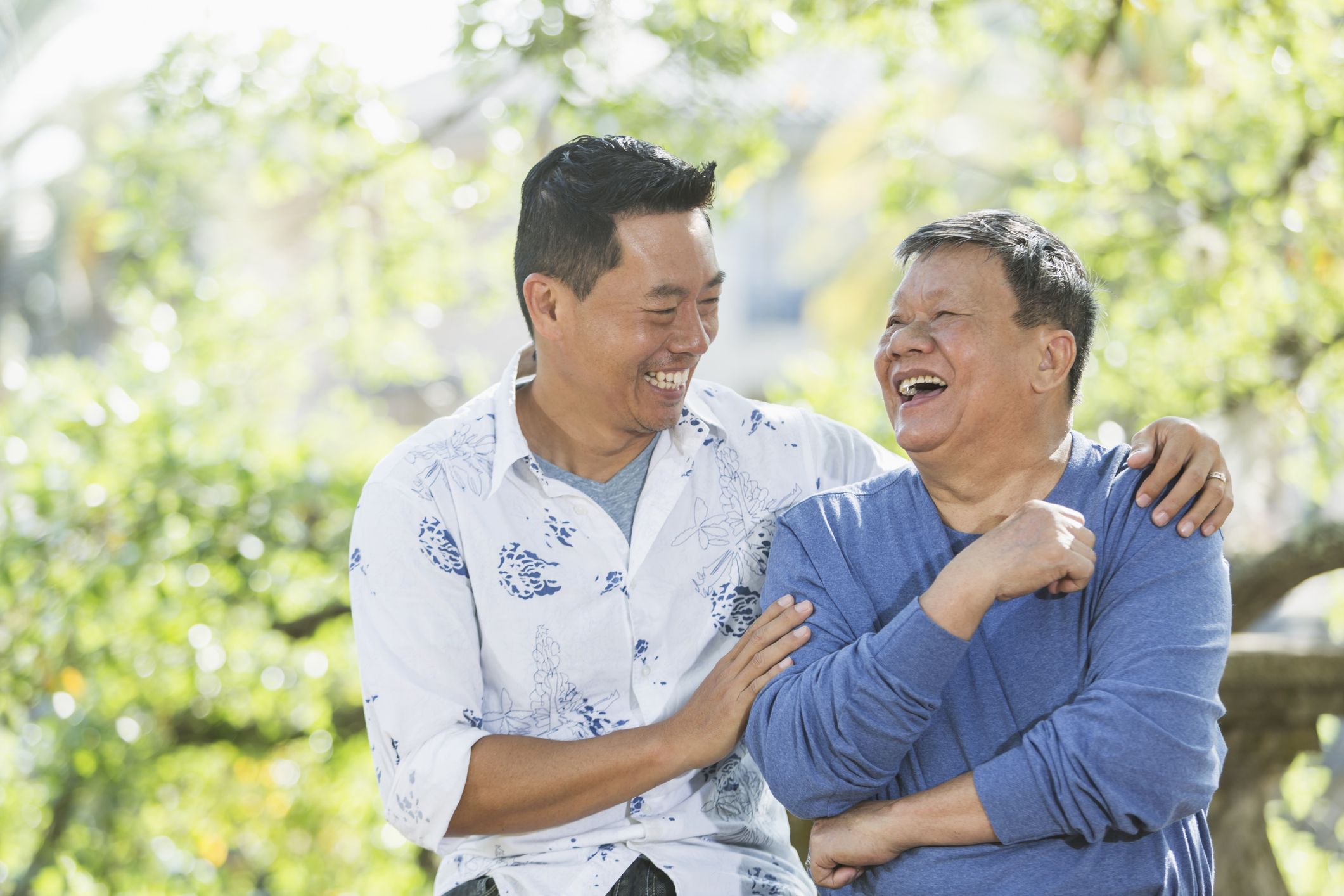 Ian wanted to work on his relationship with his father.

He was 41. His mother had died a year ago, after struggling with cancer for 8 years. During this time Ian had been her carer. He had an older brother who originally had volunteered to help, but after Ian started caring for her, she refused help from anyone else but him.

His father had been away working 6 months previously to the diagnosis, so was not there at the start. He had gone into business with someone, but that had gone bad, so he was struggling to deal with the situation.

So Kevin lovingly was there for his mother right to the end. He had a great deal of respect for her - she had been trained as a doctor, but when she emigrated to be with his father, her medical qualifications had not been recognised, so she worked as a nurse. She was clearly a person who had her dignity, and who lived a good life.

Kevin did not have this respect for his father, who he felt had not treated his mother so well. There were many instances where his father's leadership in the family had not worked out so well.

Clearly, there were many complex issues here, that would take quite some time to unravel. The question was, what to start with, what was most important right now, and how could I respond to his stated need to improve his relationship with his father.

So I talked about myself. I explained I, too, had a very loving and wonderful mother, and a father who was often selfish and hard to be around.

As a consequence, it was hard for me to see my mother in a critical light, even if I wanted to find something to get a more balanced view. Ian concurred this was also his experience. I shared that I now realised that a certain amount of what my mother gave to me was about her need, and as a consequence my own boundaries were not always so clear. Ian nodded. I also shared that my relationship with my father was never easy, and not particularly nourishing for me. Ian nodded again.

One of my own therapists had once asked me - well how much time do you want to spend with your father.

So I asked Ian the same question. This is when I discovered he was still living in the family home with his father.

I stepped into my psycho-educational mode. I generally do not do this - I like to work on a mutual level, and do not give advice. However, there are always exceptions. I told Ian that the statistic showed that grown men living in the family home were highly unlikely to get married. So I suggested to him that he move out on his own. I checked for his agreement. He did so easily - it seems he might just have needed some pormission to do so. I then asked him again about how often would be right for him to see his father. He said once a week, for a meal. I asked for specifics, which are always grounding. Where? Ian said, he could cook a meal for him.

Ian was so much in giving mode, that he didn’t know when to stop. He had just spent a decade giving to his mother, and although his spirit might be admirable, it seemed he didn’t sufficiently know how to draw limits. Further, given his attitude towards his father, to do something like that for him would probably breed resentment in the background. Ian agreed to my suggestion to go to a restaurant instead. Again, it seems he might just need permission from me as the ‘good father’ figure, to find his own need. I asked how long the time at the restaurant would go for. Ian named 11/2 hours. I asked what he would like to talk about during that time.

This had opened up a space for Ian to build a new relationship with his father. There were still many things in the ground that needed to be addressed, but this was a start. Ian needed a lot of practical grounding in these places. That’s something that fathers can give. But because he hadn’t gotten it from his own father, he hadn’t been able to internalise some kind of inner self care and direction. So by stepping into that position, I help him focus and identify just what it is he does need. This is like 'practice' for the way that he can move from looking down on his father, to looking up to him for something. By playing this role with him, I help him prepare, and also give him a sense of what would be nourishing in that place.