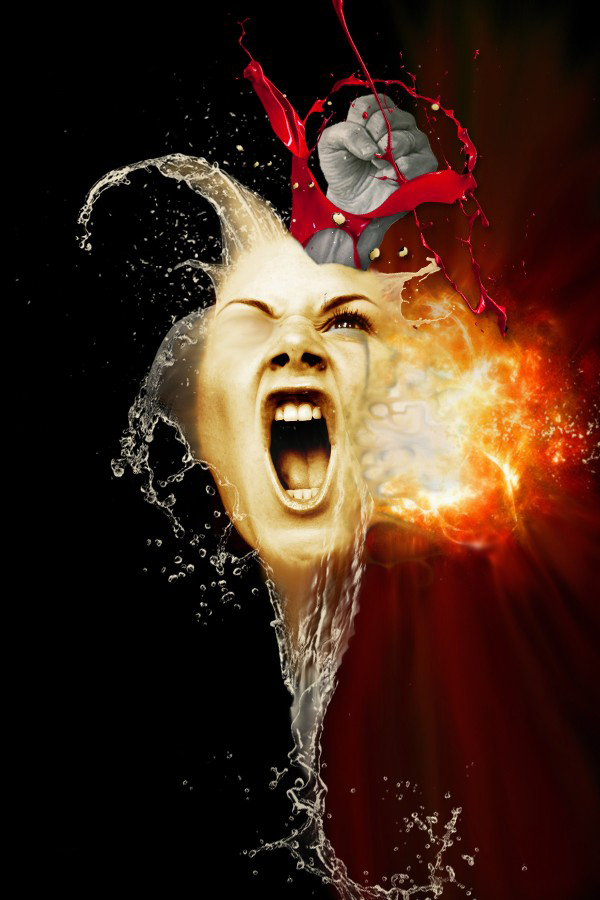 Jane was doing a process which involved surfacing ‘aggression’ - strong energies such as anger or rage, and bringing them into the relationship in a contactful way. In Gestalt, we view aggression as a useful force, necessary for breaking down introjects, or ‘shoulds’. Jane kept breaking into tears. When I asked her what she was feeling, she reported anger. This is not uncommon for women who have been taught it’s not okay to be angry, so they move to the more permissible tears. This, however, saps their power, and is essentially an inauthentic expression.

So I supported Jane to come more fully into her body. To breathe down into her belly, and then to feel into her legs. The power was moving up her body - from her anger, into her eyes and tears. So I wanted to ground her, moving the power down in the ground. I asked her to stamp her foot. She felt frozen at first, and found it impossible to do so. I continued to stay with her, working with her breathing, supporting her, and making it permissible for her to openly express her anger. This kind of explicit permission-giving is one role the therapist can play, using their authority to support authentic expression. As I helped her ground, I asked her again to start stamping her foot. She found it difficult at first, but then did it softly. I asked her to connect with her anger, and let if flow down her legs, into her foot.

By increasing the strength of the stamp, I supported her to really embody her aggression. We then added a sound. I faced her, and matched the strength of her stamping, and the volume of her sound, so she could really feel met in that place of aggression.

This is the Gestalt experiment - moving from 'talking about' issues, into exploring the edges of unfamiliar behaviours that expand choices and capacity. In this process, a lot of support is needed, and the experiment needs to come directly out of the ground of the client's issues