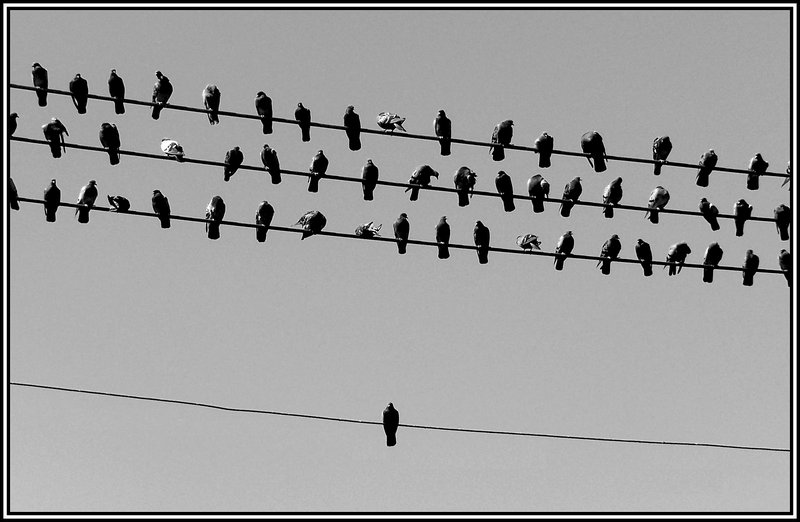 Tad, a young man, described how he had been sent to boarding school from 7-14. He would see his parents for 2 months each year during the holidays, and some of that time, his father would be away working.

So he talked about his lack of emotional connection with his father, and his sense of loneliness. He mentioned other things like a fear of the dark. I asked about how he saw his loneliness - he both liked and disliked it - on the one hand, a sense of doing what he wanted, on the other, the painfulness of it.

I asked about his spirituality, as this can be a significant resource. He had done some Vipassana retreats, and had his own philosophy, but there were no strong faith markers, so that was not going to be relevant here. If he had some, I would have got him in touch with them.

I asked him how he experienced me as a ‘father figure’ person. He said he felt very comfortable with me, supported and able to communicate clearly, including on an emotional level. Although this could be expected, it’s often important to put such experiences into words, as it intensifies and acknowledges the experience.

I pointed out that he will likely pull the ‘loneliness need’ into relationship, and a too-heavy draw on a partner. So I invited him to notice how much of that he felt with me. Then I asked him to go around the group looking at each participant, and noticing how his loneliness felt in relation to them.

This was important as a way for him to be more aware of how he brought himself differently into relationships with different people, and how they also affected his feeling.

I asked what he wanted from me, and he said he wanted to be known in the place of his loneliness. I pointed out that he had already shared a lot with me, so rather than asking him more about his experience, I would tell him something about myself in that place. I shared some experiences I had of being isolated from my parents when I was young, and then my adult experience of a lack of support from my father. This was to both create a connection with Tad, a shared place of experience, and also to show him how I understood, and dealt with those things.

The quality of contact between us was deep and steady.

We are always looking to the 'here and now, I and thou' in Gestalt process. That is, to take the theme being described, and bring it into the actual present, rather than a global issue. And then, as much as possible, to explore (experiment) with that, either with the group, or with the therapist.

Continuing work here may include getting in touch with the feeling of loneliness, and then contrasting that with the experience of being with another. But what is equally important is the experience of contact, so that he is known, but he also knows me and where I am in relation to him.