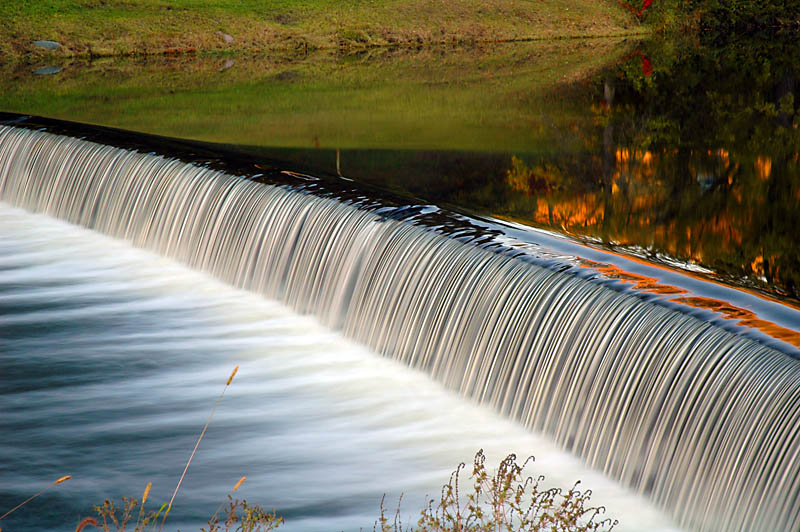 Tom spoke of wanting me to help ‘open his mind up’ regarding a difficult topic. He spoke of the importance of trust, and that he felt he could trust me to help him.

I firstly noted that along with the part of him wanting to open up, there was probably a part that wanted to stay closed. I also noted to myself that he spoke of his mind, rather than his feelings. This indicated that feeling explorations needed to proceed carefully.

I also enquired as to what he meant by trust.

Trust is an important thing in psychotherapy, yet it’s very much a projective illusion. It’s about the person ‘trusting’, their expectations, their imagination of who the therapist is, and to some degree, it’s about their actual experience. But it's important not to take such statements for granted.

He mentioned some places he had been betrayed, but these were business examples, so I asked him about what it meant between him and me - we always bring things to a here and now, I and thou focus in Gestalt. He said,“that I would know your purpose.” That is, what was organising me in my work with him. So I listed of a half dozen ‘purposes’, including to serve, to be effective, to complete unfinished business, to have fun, to earn my wage etc. This revealed my own motivations, so he knew more about who I was and why I was doing it. This was enough for him - for us - to proceed.

I asked what the issue was - his ex-wife. As soon as he mentioned this, a rush of emotion went through him. I remarked on this, but he did not say anything further about it. He described the situation. They had a son. He had tried to find the right city to live together in, but she never agreed to any of his solutions, and never came up with any of her own. He had finally got extremely frustrated, and confronted her - “if we are to live together, we have to find where. Here’s a range of options, I am willing to work this out with you." Her response was silence, and he was never able to get her agreement, or to make some kind of joint decision. Further, when they separated and then divorced, she did not want to discuss anything, and did not want to parent their son. So he was a single parent, and she visited several times a year to the girl, who was 13.

She was coming this weekend, and he remarked that the girl did not want to see her. When he was speaking of this, some emotion came into his eyes, but every time I asked him about his experience, he would say,“I feel calm.”

I pointed out that for him to find a way through this very difficult situation, would require that he address the ‘unfinished business’, including his feelings. He still had nothing to report. So I provided support by listing a range of things he might be feeling - sadness, regret, anger, frustration.

I explained this was his ‘calm barrier’, and was what we call in Gestalt a ‘creative adjustment’. This is a way of dealing with very difficult situations so we don't get overwhelmed. Such mechanisms are useful at the time, but they tend to become embedded habits, which are no longer so useful. This is a Gestalt reformulation of ‘resistance’, which we don’t believe it. Such adjustments are useful and necessary, but then need more awareness and choicefulness introduced

So I put it to him - this had been useful, but we needed to find a different way to deal with the feelings, or they would remain unfinished. I needed to enlist his participation and motivation - the ‘purpose’ he had alluded to previously.

He agreed, but I could see he needed support. So I was empathic with him, sharing how terrible his experience seemed - for his genuine efforts at relationship to be me with stonewalling. I related a story which gave a dramatic example of that, and told him I could understand all sorts of strong feelings in the face of this experience.

I also pointed out to him that he was going to have to work at this, as there was nothing from his ex-wife that gave any clue at all. He said - "yes, I just have to accept that I am not going to understand why.” I pointed out that this was true, but he was going to have to deal with the feelings, as they were in fact not being managed by the ‘calm barrier’, but were arising in his daughter as the anger towards his mother. This was a systemic observation. So, having provided all this motivation, I asked him again to go into the feelings in his stomach - he described them now as anger. I then asked him for a metaphor for those feelings - he said, ”a dumpling”.

This indicated to me that we could only work with a very small part at a time, and this would be a longer therapy process. I let him know this.

Then I asked him to be really be with that black fragment. His emotion increased. He said,"but she will never listen to my feelings here.” I replied, “no, but I am here with you in this place right now.”

We sat there for a few moments, in contact, I could really see the anger in his eyes, and he was willing to show it to me.

Then he said,“I am calm again.”

This was his creative adjustment - enough emotion as he could handle, but also a little movement towards integration of his anger.

It was clear to me that this process was going to need to be repeated many times to slowly work through the store of anger. It’s important to give clients a realistic idea of what can be achieved. We had done a great deal, and there was a great deal more to go.