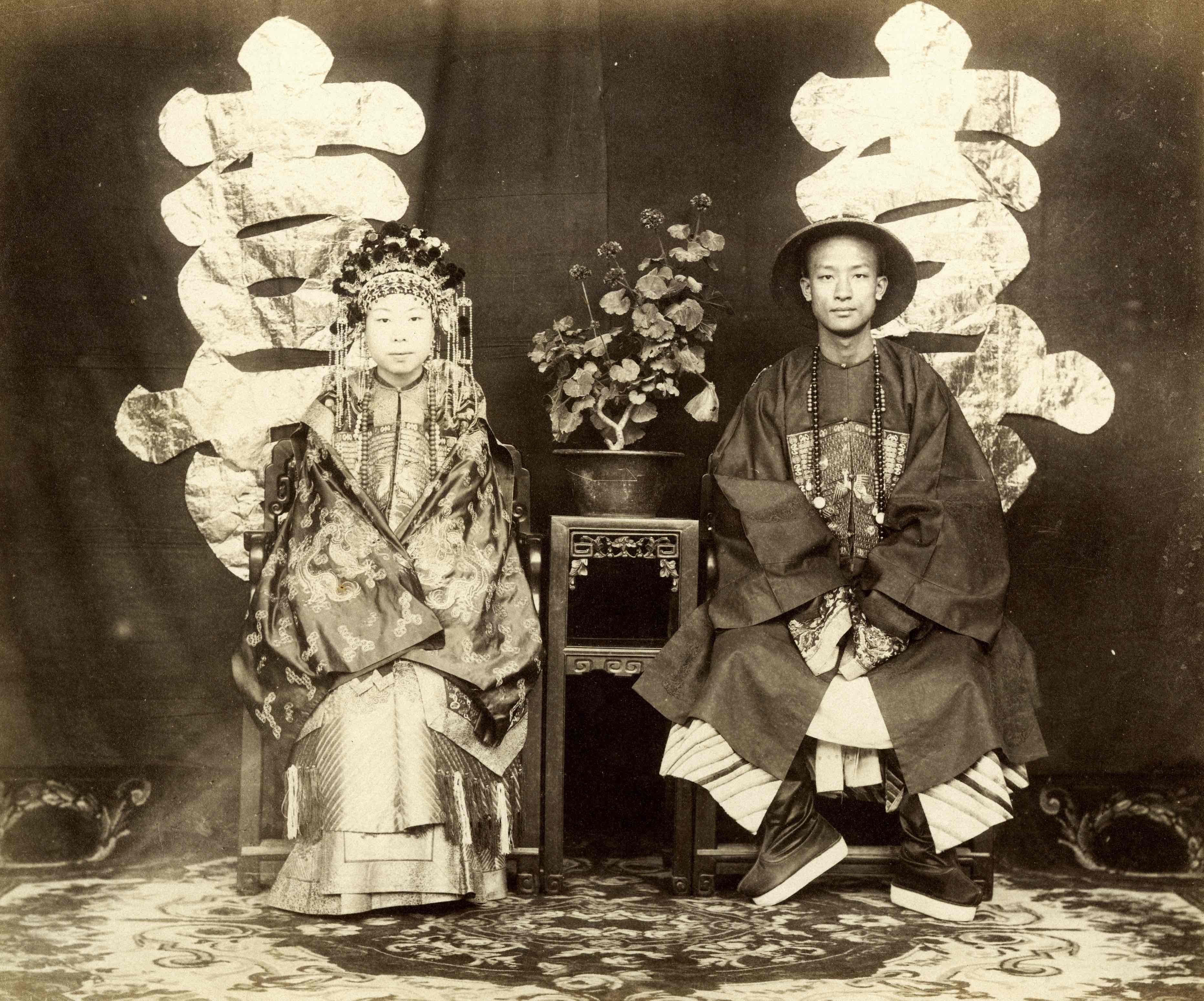 Hong and Yuen were engaged. She was 35 and he 43. They came because of a difficult dispute they could not resolve. In accordance with tradition, Hong wanted his mother to come live with them after they got married, and Yuen was completely opposed to it. After exploring a little of their backgrounds, I asked each of them the main area of concern they had about getting married. They both agreed this was the sticking point.

However, they had not really discussed a wide range of future issues in detail. So I firstly stepped back and took them to a wider perspective. Put a marker at one end symbolising a traditional Chinese marriage relationship, and a symbol at the other end for a modern relationship. I then asked each one where they were on the spectrum. Hong was 30% off from the traditional end, and Yuen 30% off from the modern end

I explained to them that this was the basic issue at stake, and that there would be many specific instances of where such a difference would manifest in a conflict. I asked for a summary statement of their position. For Hong, it was getting along with the extended family. He wanted Yuen to be ‘gentle and soft’. For Yuen it was being separate and independent, as a couple, and being able to have her own mind about matters.

So, firstly, I asked them to make a sentence to each other: “I can see you are different than me, and that's difficult.” This process confronted them with the actuality of the difference. Hong tried to add ‘and I hope that you will change’, but I stopped him - this is an essential problem with couples, they hope that the other will (in time) change.

So I got them to say another sentence: “I see the difference between us; I may not agree with your views, but I do respect your position.”

This was hard for each of them, and Yuen was resistant, as she thought it meant capitulating to Hong’s position. I explained that respect did not mean having to agree, and she finally made the statement.

There was a lot of emotion for each of them as they said this - they had to stop trying to convince the other person, and just see them. This is always threatening for couples. It was also understandable that Yuen felt distressed by this particularly - not only was she really attached to having the house to themselves, she also afraid of being overruled by the weight of tradition that lay on Hong’s side, and the fact that she was a woman, in a stillpatriarchal world.

So I told Hong about one of John Gottman’s research findings about couples - that marriages were more successful when the man was willing to be influenced by his wife. This is mostly likely because in a structural sense, men tend to have more power in most areas of life

I then proceeded to help them negotiate this particular issue. I explained that some issues are indeed either/or. But some can have creative solutions. Yuen wanted evenings to themselves at the least.

Hong proposed that his mother could come during the day, as she had been using a room downstairs as her office. Yuen agreed.

I asked for her proposal. She wanted the weekends to themselves, with the concession that his parents could come for dinner sometimes.

Hong did not want some kind of rigid arrangement. I pointed out that a negotiation had to have clear boundaries. So they discussed some details, and came to an agreement. Then Hong’s face fell. This discussion had gone remarkably smoothly, and they had gotten past their previous flare ups about it. They had actually reached agreement on these issues. But he said,“how am I going to talk to my mother about this?” He was genuinely distressed: a developmental task of differentiating was in front of him, and he was baulking. Yuen became very distressed herself and started crying. She became very fearful that he would go back on the agreement, and simply assert the ‘should’ of the traditional model. She started to try to argue with him.

I stopped her, and asked her to look at his face. She found it very hard to do so, she was angry and afraid. When both people are distressed, it’s hard for one to contain themselves and be there for the other.

I chose to ask her to do this. He was struggling profoundly within himself between his sense of duty, and his desire to prioritise their relationship. She was the one that initiated the therapy session, and who had more psychological knowledge. So I focused on her, and gave her support. I asked her to really come into the present, to see him in his struggles. She found this very hard to do, but I kept focusing her. I presented love to her as a choice in that moment. I said - “can you see his genuine struggle, and can you just love him in this place, despite being different?”

She set aside her fear, and shifted. She said,“I will never forget my intention to love you, even though there are differences." This was a profound moment between them, and I also had tears in my eyes. They had made it through the conflict, and in fact deepened their love, and their capacity for loving in a very significant way. He felt deeply seen, and said to her - “you are gentle and soft to me right now.” They had both taken a risk, and arrived together in a new place.

I pointed out that there would be many more of these issues arising, but now they knew how to get through them.

In Gestalt, we are interested in differences as a potential point of good contact. This requires self support at the contact boundary, and an interest in the other. Most people find this difficult, and usually they need support to be able to do this. The support needs to be both practical - the how to - as well as emotional. It’s very confronting to encounter difference, and often people feel angry or shaky. When Yuen was able to be present with herself, and then with Hong in the moment of his vulnerability, an impossible situation was able to change.