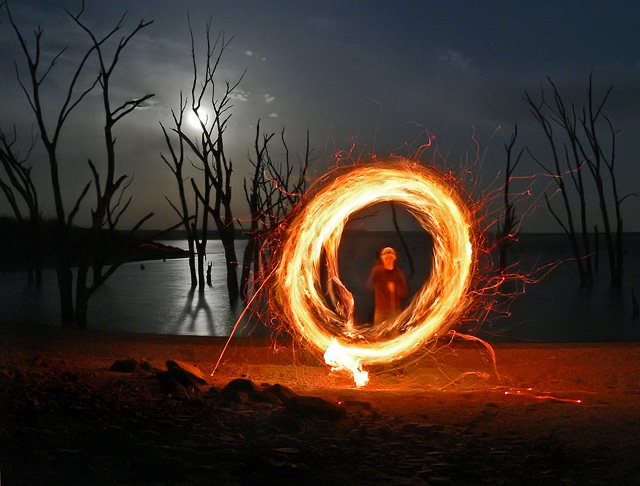 Ping talked about the family she grew up in. Her grandparents had not been much interested in her or her sister because they favoured boys.

She also didn't feel loved by her parents. Her mother gave her care, but there was rarely any display of softness on her part. Her father had never hugged her.

She related an incident when she was 8. Her mother was dressing her; Ping told her mother that she wanted a different coloured dress. Somehow she woke up her father, who in a rage picked her up and threw her down the stairs. Her face was bleeding, but she still had to go to school. The teacher was concerned, but nothing further was done. She didn't want to go home, and hid in a cave until someone told her mother, who came to get her. Her mother showed some tears at her condition, but her father never expressed remorse.

She was weeping as she told the story, describing how much pain was in her heart. I was gentle with her, but she was in her world of pain, only peripherally noticing me. I pointed out to her that I was a man. That I cared, but that this must be a tricky edge, because it was her father who brought her pain; at the same time as giving her care, I also represented the older authority who had originally hurt her so badly.

Ping nodded, and more tears flowed. She spoke of wanting her independence, to be her own person, make decisions in her own life.

I told her I approved, and would offer her what support I could.

She spoke of the way her mother was now pressuring her about getting married, and trying to influence her work directions.

I kept bringing her back to the present, to my support, to the fact I was a man giving her support.

I constantly brought her attention back to her breathing, because she kept holding her breath. Without this energetic movement, there would be no chance of the integration of the new experience.

Ping spoke again of wanting her autonomy, and of wanting to ‘step out of the circle’. that was like a prison, of her family expectations.

So I invited her into a simple experiment.

We both stood up, imagining a circle around us. I held her hand, reminding her again of my support for her autonomy. This kind of support especially needs to come from the father, and was missing in her case, along with any tenderness. So I was supplying both to her. It took quite some time, but eventually she took a step ‘outside’ the circle, and I with her. I then took both her hands and told her, “now, you can determine the terms you want a relationship based on. You can insist on being loved and treasured by a man." I gave her this message to reinforce the next step possible - to find a different kind of relationship with a man, that was not simply an unconscious repeat of her father. She said, “I can hope for that, I can ask for that."

I corrected her language, because that was somewhat helpless and one-down power language.

I asked her to restate it in a way which had clearer boundaries - what she required at a minimum, her boundaries.

This gave her the support and guidance from a man as to what she could expect from me. She was profoundly affected by this process. It was simple, but underpinned by her yearning; the emphasis in Gestalt is always in integration, in taking small steps which are somatically embedded in awareness and experience through the experiment.