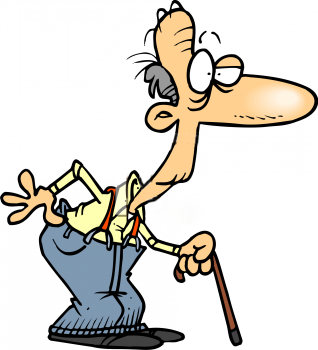 Murray had worked in the police force for 20 years. Then, at one accident scene, he suddenly found that he had lost his resilience. Normally he could get over whatever emotion he might occasionally feel. But that time it was different. He found that he didn't recover. He went on stress leave for some time, but he had really reached his limit. So he retired from the lifeforce, and opened up a corner shop in a little village.

His life was okay, but he was still internally very stressed, so he came to me for help. The thing about Murray was that he talked a mile a minute. And he was quite entertaining, he told lots of stories, and one story just morphed into the next. He could basically talk non-stop. I enjoyed listening to him, as he was indeed a good storyteller.

But it was hard to get a word in edgeways, and, hence, I didn't get a lot of sense of actually being able to get beneath the surface with them, and get down to some kind of more solid therapy.

This continued for a number of sessions, each time I faced that same challenge. I told him about my experience, but it made no difference whatsoever.

I did notice something though. Murray walked with a distinctive limp. I looked like it was a bit painful for him to walk.

So in the middle of one of his stories, I interrupted him. I said, “I notice an interesting polarity. You talk very fast, but you have to walk slowly.”

Murray agreed, but it didn't seem of much significance to him.

I asked,”so what if you spoke as slowly as you walked?”

This was a new proposition, but it still didn't mean much to him. So I suggested an experiment - he walk up and down the room, and match one step with one word. When he did this, of course, he was forced to speak slowly. Suddenly he understood what I was pointing to - his body was trying to slow him down, but he wasn't getting the hint. When he spoke more slowly, he was able to start feeling - the thing that all his talking was avoiding.

Once we had access to his feelings, the therapeutic work could really begin…

In Gestalt, we pay attention to ‘phenomena’ - in this case, the speed of his speech (rather than the content), and his limp. By not jumping to any conclusions as to their significance, we allow new ‘Gestalts’ (configurations) to emerge and connect together. In this case, a profound polarity. We are on the lookout for polarities, because they often indicate splits in the personality, which are ways to avoid awareness. Once these splits come into awareness, we can work with them, and naturally, the person will move towards greater integration - though they may need a little help. The Gestalt experiment is borne out of these observations, and is a way to explore awareness of these splits, rather than just talk about them, or ‘know’ about them. The kind of knowing we are interested in is an integrated, body-based sense.