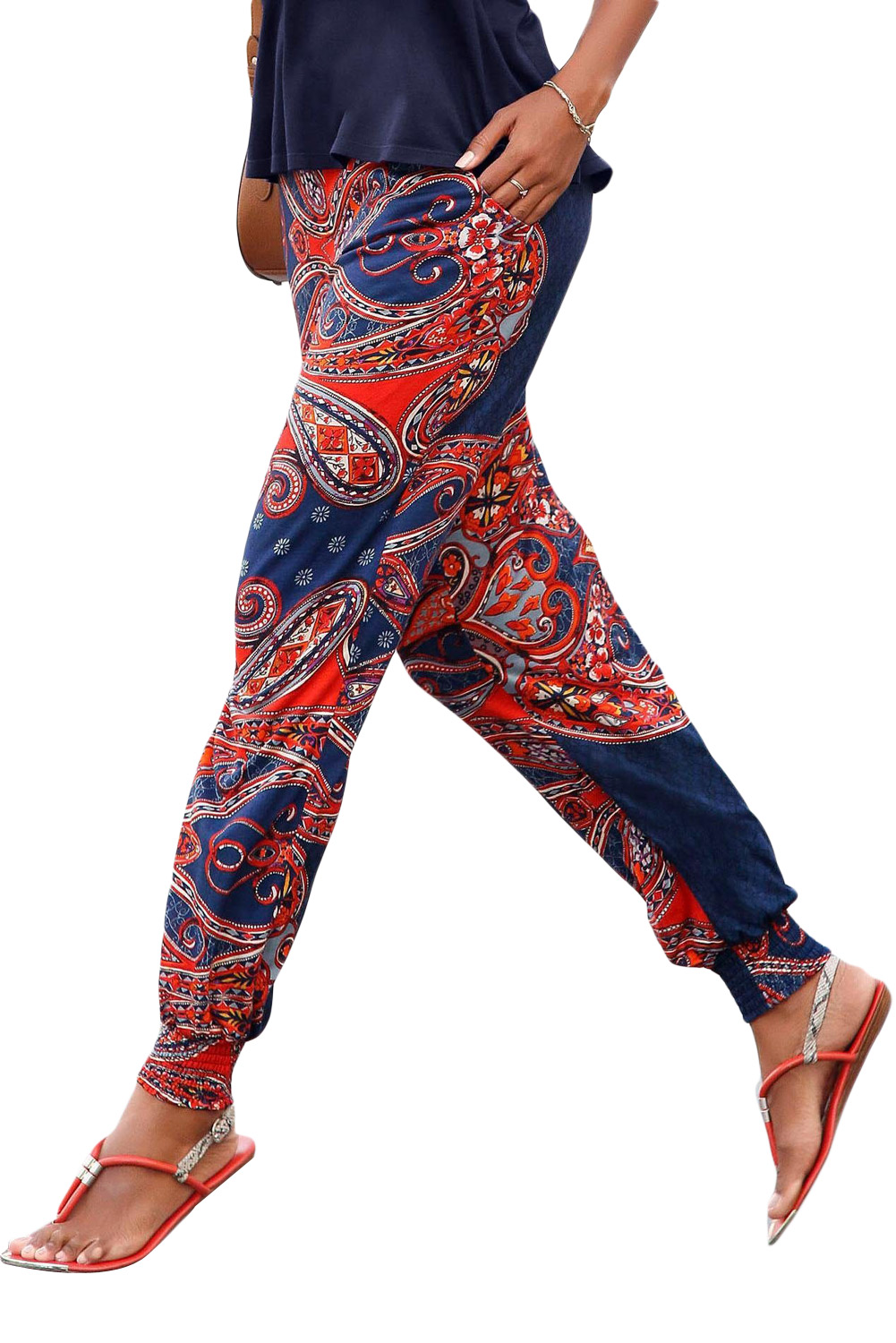 Nancy covered the gamut of issues. She felt there was a gap between being authentic and her behaviour. She had a child from a first marriage; there had been very little real substance in the relationship, rarely living together.

I pointed out that one issue led to the next, and none seemed to stick, to deepen, to be amenable to focusing. In fact, she said other therapists had problems with pinning her down.

At the start of the session, I had noticed her pants - a very colourful and complex design. Several times I returned to noticing them. I also noticed her mouth - she had many expressions, and often bit her lip, or showed her teeth in a particular way.

I remarked on both. She had no awareness of her mouth and was uninterested in her pants.

After more discussion, I returned to her pants and suggested we find out if they could help us determine what issue to work with.

I asked her what aspect of them she really liked. She showed a small area around the ankle, and pointed to three different colours, describing them as warm tones and cold tones.

So I asked her to ‘be’ each colour, and describe herself. She spoke of a warm, sunny, enthusiastic and glowing self. Then a cool, reflective self, who liked to be alone. Then a freezing, calculating, rational self.

I told her my responses to each in turn. When it came to the last one, she reacted immediately, pre-emptively stating that this part was not okay, and she blamed herself. It emerged that she had many shoulds, making that part wrong. I asked where they came from - her mother. So we set up a pillow for her mother, and she spoke to her mother, stating her connection, but also her boundaries around the list of shoulds.

Then there was her previous mother-in-law, who had been ‘ideal’ in some ways, but even more full of shoulds. I asked her to place this mother-in-law on the pillow, and again, she stated her connection, but also her limits.

I returned each time to the freezing/calculating part of herself, attempting to validate it. Every time she started putting it down, I would ask whether she wanted to let the shoulds rule her, and she replied ‘no’.

Finally, she was able to listen to me, as I told her about my own calculating self. I told her if I was in work/business mode, or feeling very grounded, I could comfortably be with that part of her. Or if I was in my own freezing/calculating mode, I would also be okay with it. But if I was feeling vulnerable or needy, I could get hurt by it.

She was able to hear me without contracting, and to take in my acknowledgement. She said,“but this is a part I want to change, as it could hurt people.” I replied,“I am more interested in you acknowledging that this is actually a part of you, and when you are in that place - that's what makes me feel safe with you."

She understood that it was not a matter of getting rid of that part, or even reforming it, but simply acknowledging its existence.

In this session, it was hard to get a start. Every time she started with a clear figure, it shifted. This in itself was worthy of attention - her shifting focus. I chose not to focus on that, as there wasn't enough ground between us. I played a bit with the ‘rescuer’ possibility, but decided not to continue down that route, as again, it didn't take hold.

So rather than continue playing ‘cat and mouse’ with finding a clear theme, I returned to what was figural for me - the pants. The fact she had no significance on them meant we could find something in them that emerged, despite her resistance to coming up with figures. Straight away she clearly named three important parts of herself.

I then explored them in relationship - my response to each.

Her resistance to the third part surfaced, and that clearly pointed to the work to be done: deal with the shoulds and their source.

After doing this, she was able to bring that part of her into relationship with me, and with herself.

The result was the outcome we are after in a Gestalt process: integration.