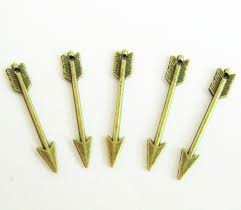 Mary had been divorced twice, and was now living again with her previous husband, father to her son.

I enquired about the journey.

They both ran a business together, but disagreed on the approach. Over time he had started becoming violent towards her. This continued over a period of years.

He then demanded a divorce from her, and subsequently sought a relationship with one of the employees who worked in the business.

After being rejected by the woman, he asked Mary to remarry, which she agreed to. He then continued to hit her.

Finally, after several years more, she drew a limit to the violence, and divorced him.

Some years later, they started living together again, this time with no violence, and she reports her relationship now as ‘satisfactory’, and she is not unhappy with it.

However, reporting all of this, of course she felt much pain coming up.

I asked how she survived; she remembered what her own mother and grandmother had to live through (not violence).

I acknowledged that she held the pain in, rather than inflict it on others, but expressed my concern for the effect on her.

I asked how it was, talking to me, as a man - she said she felt safe.

I told her that a man put those arrows in there, so as a man, I wanted to be able to help remove them.

I proposed that I would reach over, and, very slowly, with her complete agreement at each step, pull an arrow out.

I checked how she felt: she reported painful feelings, but also felt deeply touched, and a bit relieved.

So I repeated this process twice more, each time acknowledging a different aspect of her experience.

She felt some release, but also some numbness in her hands. This was an indication she had done enough.

Finally, I suggested that a ritual to be performed with the three arrows, and her a range of suggested options. She selected the ritual of burying them.

So I told her a story of an imaginary journey we both went on, into a forest, burying the arrows, giving acknowledgement, and leaving them in the earth.

Her experience at the end was one of lightness, and of being really seen and heard in that place.

I asked her to do homework, to repeat the process we had been through once a day, in her mind, with three more arrows, and then the ritual of burying them.

In this process I first mapped out her field, to understand the context sufficiently. I then used the fact of my being a man to be part of the healing process. I went slowly, checking how it was for her at each step, and providing lots of choice.

I worked with the metaphor she gave of the arrows, taking it seriously, and making a start on the healing process. The significant factor was not the number of arrows removed, or the lifting of the pain as some kind of permanent thing, but the fact that we made a start, that it made a difference, and that she now had a way to deal with this herself.

The Gestalt experiment here was designed directly out of the materials and words she provided, and it worked primarily because of the ground of the relationship that had been established between us.