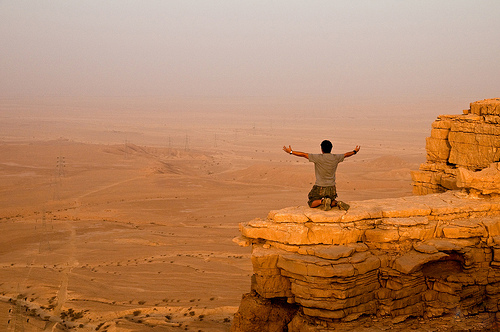 Aggie's brother died in his 20's. Her mother suggested Aggie go to confession, hoping she would get some comfort from the priest. But the priest seemed to think Aggie was just another tourist (rather than a local), and blithely told her to let it go, spend her money, and enjoy herself. Angie was both disappointed, and very angry. She had looked for spiritual support, and instead she got a banal response. The effect was to turn her away from spirituality, and organised religion. I set up two chairs, and invited her to put the priest in the other chair and speak to him. This incident was 20 years previously, but she still felt angry and bitter about it. Angie told the priest, 'you let me down.' She repeated this several times. I directed her to use 'I' in the statement. She said, 'I am sad that you didnt understand me. I needed support.' Then she repeated, 'you let me down' several times again. I asked her to add 'and I am angry about that'. Aggie was reluctant to do so. But without full ownership, the statement was simply blame rather than including herself and her feelings. I asked her about the priests face in the chair - how was he responding? She said that his face was blank - ie. unresponsive. She talked to him again about her sadness, but there was still no response. And her voice did not show her anger. So I asked her to stand over him, and express her anger in her voice - to yell at him if necessary. She did this, though not very loudly. I kept supporting her to stay present, breathe, feel her feelings..and to keep telling him directly how angry she was. Finally, she saw him bowing his head. She felt relief - there was some impact of her feelings. I kept focusing her on her breathing. Her mouth was tight - I asked if she felt bitterness; she said she felt very disappointed…I asked her to be aware of that feeling in her mouth. I echoed a saying, 'Holding onto resentment is like drinking poison, hoping the other person will die'. I also strongly acknowledged her feelings - of sadness, anger and disappointment. This was important, to both hold her feelings, and to confront her with the conequences of holding on. Even after the work, her mouth was still a bit tense. I then invited her to put Spirituality in a chair, and talk to it. This was an important and tender moment. Up to then, the result of this incident was that she had, for 20 years, been indifferent to spirituality. Her emotional hurt had led (as it often does) to eschewing spirituality altogether. Now, as she talked to Spirituality, a flood of emotion came over her. She felt, for the first time in a long time, her longing, and openess to it. She truly felt herself letting go of the hurt, the offense, and moving forward to a new chapter in her life, where she could once again embrace spirituality, without it being tainted by the actions of one priest.Posted by Steve Vinay Gunther