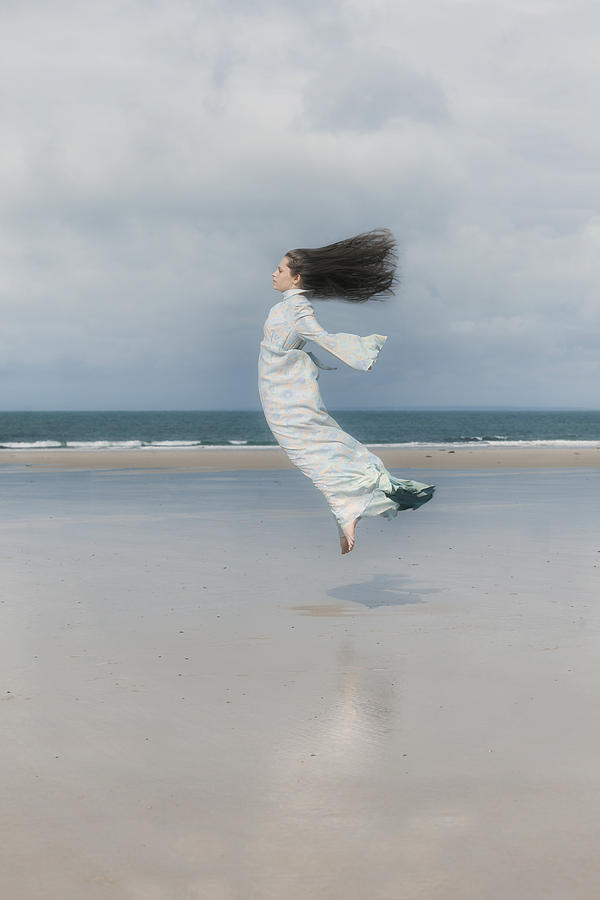 Amber talked described how she would faint at times. As she described this happening, it seemed clear it was under situation of stress.

I asked her to get in touch with her feelings as she was describing this. She felt a kind of pressure on her head. As we stayed with this, she talk about the feeling a lot of air around her head, pressing down on her. Staying with this figure, she described the air moving, like a storm, or even a hurricane. She felt buffeted by the wind.

This seemed like an apt description of her experience - being swept off her feet, being overwhelmed by forces stronger than herself.

So I invited another group member to 'be' the strong wind. Amber stood in front of, and the wind representative moved her arms like she was blowing Amber.

Amber's response was shock- she drew back, tightened up, and look scared. So I stopped the representative. I gave Amber support - came closer to her, helped her stay with her breathing, be present, let go of the tension. Then we tried again. Amber's response was the same - fear, contraction.

So I stood behind Amber, so her back was leaning against me, put my hands on her shoulders, and helped her feel safe and grounded.

Then the 'wind' came forward again. Amber was able to put her hands out, rather than withdraw, but she was still quite frozen. The 'wind' said she felt playful, even through she was coming on strong.

So I again supported Amber, to draw into herself the very energy of the wind, to be able to try to interact, and play. This time she was able to do so, moving her hands as well, so there was a little dance of movement between the two.

We did this a few more times, as I encouraged Amber to stay with her breath, stay present, stay in her body, and feel the power of the wind in her body.

As she did this, she was able to truly play with the wind, moving along with her.

She felt incredibly empowered, and reported feeling for the first time that she was not afraid of being overwhelmed.

We didnt go into the content - what this 'meant' in terms of the specifics of her life. Nor did we explore the context, as its like she had been overwhelmed by something or someone in her life. For now, none of those details were important. In some ways, such content can be distracting.

For what she felt was a somatic level of integration - she felt the capacity to draw the power of the 'wind' - ie. wild energy - into herself, rather than defending against it.

This is the kind of integration we work towards in Gestalt. Insight can follow, but the first and foremost thing is the experience of integration of polarities - of disowned aspects of self.

This lays the template for an increased energetic capacity to be present, from which many other good and desirable things can flow.