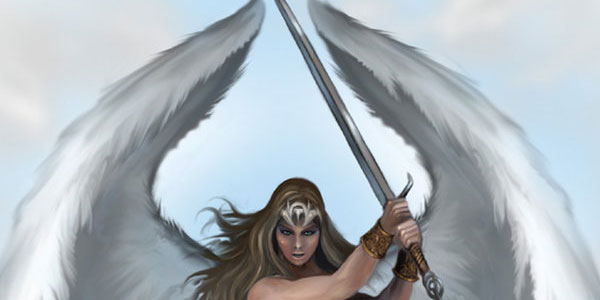 Lucinda brought the issue of pleasing her mother. She described the situation as a bottleneck - how she would force herself not to feel emotions.

She said it was hard to ask others for help. Not everyday things, but in deeper ways, when she felt stuck.

I asked her for an example.
She worked for a firm, but wanted to strike out on her own, open her own practice. She had talked with her boss about this, but not done it as yet. She wanted to talk more with him, to make sure that she would still have his support, but she had not done so. She described ‘not being able to lift my head up, to grow’. I asked what was holding her head down. She said her father. So rather than talking about this further, I moved directly into an experiment with her. I played her father, and held her head down. She tried to push her head up. I made sure that it replicated her exact experience, including just how much pressure I applied, and the exact position (as per her description and guidance). I felt aggressive, and uncomfortable as I played this role. She pushed up, I pushed down. We were locked in that position. I understood her stuckness.

She wanted to ask her mother for help. But her mother didn’t offer help. Lucinda was angry about this, and asked ‘why’ she didn’t help. In Gestalt we see ‘why’ as an unhelpful question, deflecting from a more direct experience. In this case, that her mother was simply not available (for a variety of reasons), and attempting to understand why would not help; in fact it kept Lucinda in her avoidance of her feelings.

When I declined to engage with the ‘why’ question, then Lucinda felt her anger towards her mother. But I didn’t want to dwell there, as she was still stuck in the position. So I asked who else she could ask for help to. She said her grandmother. But then, she said her grandmother would not be strong enough to get her father off of her. So I invited her to ask, right now, out loud, for help. She said, ‘theres no point’. This was her collapse, her unwillingness to ask for help. So I encouraged her, to try asking anyway. I asked who she would like to come help her. “A woman,” she replied. So I coached her on how to ask for that. She said “but I don’t have enough emotion, I am not in touch enough with my emotions to show in my voice how much I need help.” I encouraged her to ask anyway. She also wanted to ask the woman to ‘kill’ her father. I said, just ask for help to get him off you, and we can deal with your anger later. So she made her request: "I want some women to come help me”...and 4 women in the group came and pulled me off of her.

This was a powerful moment.
I said, "now you are free to grow up.”
She lifted her head, felt her freedom. There was deep emotion present.
I pointed out - "you called for help, it came, you are free now.”
I called the women who came to help her 'guardian angel ninjas'.
Now, she felt her anger, towards her mother and her father. She had wanted her mother to come rescue her. I pointed out that her mother was also stuck, and would probably never be able to hear her call. She wanted her mother to change, and it probably wasn’t going to happen in this lifetime. Lucinda needed the reality check of this, so she could feel her feelings on the other end of the lack of support.
Then she said “I want to punish him” (father).

So I moved to another experiment. I said, "okay, I will be father again, now punish me by pushing my head down.” She gleefully moved to do this, and the straight away, felt very bad (as I did, in father’s role). She said “I don’t want to do this, I don't want to be that person.” Now she was feeling very deeply. This was a powerful turning point for her. Finally, I suggested that the aggressive anger she felt could be directed into growing in her career - striking out on her own. She could use her energy to do so, in a place she had felt stuck before.

The Gestalt experiments are very important to help people transform. They provide power experiential learning, as compared to cognitive insights. The insights which follow from the experiment tend to be much more deeply embedded, not just ‘helpful ideas’, but integrated transformation.