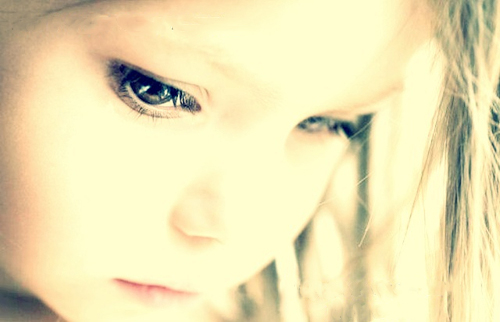 Julie said her issue was deep pain. She felt a bit nervous with me, so I invited her to ask me a question (rather than me putting the spotlight on her). She asked me,“how do you deal with deep pain?” I share with her some ways I recently dealt with my deep pain. Next she shared that she had a fear of abandonment, but she learned to take care of herself in that place, and not depend on anyone else.

I asked her experiences of being abandoned. She said she didn’t have anything directly like that, but that her father had worked in another city, and was only able to come home for 1 month a year. So she missed him very much during her childhood. In middle school she went with her brother to live with him. But her experience of going to school was that of being the outsider, coming to the city from the country, from the south to the north. She felt excluded. I pointed out that the feeling she described is akin to a kind of abandonment, being left alone.

During this middle school time, she was staying with her father, but he had to work very hard, take care of her and her brother, and didn’t have a lot of time or energy leftover for them. She felt lonely there, and wanted more affection from him. She learned to rely on herself. I acknowledged her feelings, and shared my own experiences of being an outsider. Her eyes filled with tears. She talked about a feeling in her belly which held her back. So I suggested an experiment - we would sit back to back, and she would lean against me. She sobbed during this; she was able to lean against me, and finally she settle somewhat. Then she asked to be held like a baby.

So I agreed for her to put her head in my lap, and I held her. She sobbed again. During the time she asked asked me, as her ‘father', if I loved her. I spoke for her father - “yes.” She asked me if I mattered to her. She asked me several things, wanting to confirm this. I explained ‘as her father’, that I had to go away to work, but missed her, and thought about her. I guessed that this was likely close to the truth. The experience was extremely powerful for her. I told her to just let herself rest. She could take in the nourishment she had craved for so long.

In this place, where the experiment has such a powerful context, the experience is very real, and thus significantly healing. The result is a deeply embodied experience of the yearned-for connection, reassurance, and soothing of a pain she carried her whole life. Sometimes, as therapist, we can give voice to others in a person’s life, who they could never really know. Some may question speaking ‘for’ the father’s reality; and it’s true, it’s an educated guess. However, being a father myself, I could place myself in the father’s shoes, and perhaps understand something about him. In this way, including myself in the therapy, I can contribute. Whats important is that I am not doing this for my own benefit, out of my own unfinished business, but that this is focused on the clients need. The same thing with agreeing to hold her. I am not in the business of evaluating the ‘correctness’ of the client’s wishes. It seems within the bounds of therapy, appropriate to the case and the situation. If I can be part of a healing process, that is consistent with the client’s ground, that feels right to me. I do not see the value of questioning the client’s need - I find it better to take it at face value, experiment, and see what happens. If it fits, then good. If not, then we can explore what that is about. Part of the ethos here involves respecting the client as the best expert on themselves, an inherent part of the phenomenological stance.