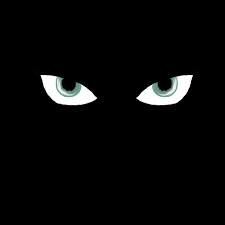 Ingrid looked at me and said,”you have smiling eyes.”

I said, “better than scary eyes.”

I wanted to bring out the polarity - it’s great that she felt safe with me, but that's only because she didn't see my scary part. And what about her scary part. My interest is moving towards a more full relationship, rather than just staying with the assumption of safety. So I asked her when she had scary eyes, and talked about times for me - when I get angry, when I am hurt.

She talked about being angry. I asked for a specific example. She talked about her husband phoning her, she told him she was busy right then, and didn't really have time to talk. He talked for ages, and she stayed on the phone. This was a long term pattern. So I proposed an experiment.

We stood up, faced each other, put our hands up, and then we replicated what happened with her husband, where he pushed past her stated boundary. I slowly pushed her hands back, so she had to step back or fall over.

Then I asked her to push back. She tried to do so, but very weakly. We did this several times.

I encouraged her to hold her boundary. Finally she gathered all her energy and gave a very big push back - it felt strong.

Then I asked her to play her husband, and push through my boundaries. This was too confronting for her - too big a step to be the aggressor.

So this time I asked her to not allow me to push through her boundary, but to just hold and meet my energy. She felt paralysed in her legs, and not a lot of strength in her hands. So I got her to bring her awareness down into her feet. After some time, I asked her to step forward, and I moved back. Finally, she got her whole body involved, and I was able to push back quite hard, as she was really using her force.

This was a powerful experiment, where rather than talking about the situation, we brought it into the here and how, and between us. By involving myself, I was able to feel exactly what was happening in the relationship, and to support her to move through her frozenness and weakness into her fullness.