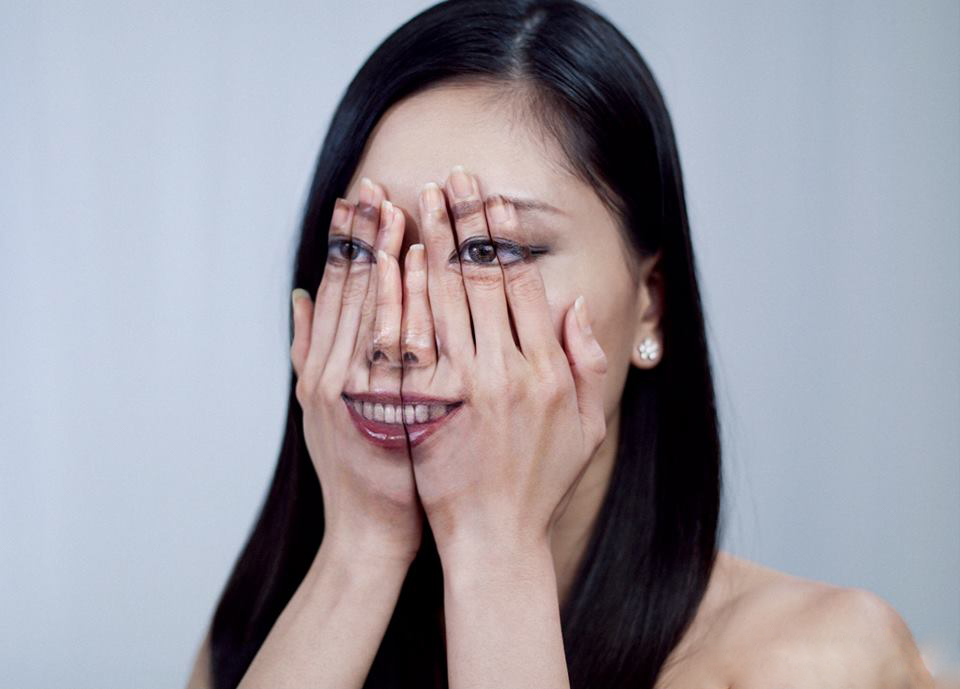 Miranda’s concern was about her tone of voice, which she felt was ‘pretend’. She explained how she engaged at a level of social nicety, but that she felt a lack of authenticity in that place.

This got me interested in her field - the context for such a way of being.

She explained that her mother had been very controlling of her, but not her father. Her mother would instruct her exactly how to wash the dishes for instance, in great detail, correcting the slightest deviance from her protocol. Her mother had these kinds of specific expectations of her in every realm.

Now Miranda lived her life with as little structure as possible - at home, things were all over the place for instance. I pointed out that in fact she was not free of her mother, but was still in relationship to her - in reaction. I pointed out that on the one hand her mother was controlling, and on the other, that could also be seen as support - clear instructions in how to behave. This clearly made it especially difficult for Miranda to go beyond her social persona, as it had been deeply embedded in there by her mothers careful and detailed instructions.

So, to bring this all into the 'here and now, I and thou', I invited Miranda into a Gestalt experiment with me. I suggested that she find some detail to criticise in me, and tell me about it. This is a relatively safe situation, because I am setting it up, inviting it, and reassured her that I have lots of steadiness and ground to hear her. She told me,“you are too unstructured as a teacher.” I acknowledged the truth of this - I like to work in a very unstructured way. Embedded in this statement was a very rich ground for therapy - her reaction against structure, yet her desire for structure also implied by the criticism. But I simply noted that to myself, for another time.

What I did remark on was that as she was telling me, she was smiling, and was speaking in a soft tone of voice.

I acknowledged the embarrassment of confronting authority with a criticism. It's important not to push too hard in an experiment, to stretch too much beyond a client's familiarity. And when they do participate in an experiment to extend, it’s important to understand that there may be some shame associated with that.

I pointed out that here we were up against her mother’s conditioning regarding being polite to one’s elders.

So I invited her to ‘put her mother on the pillow’ and talk with her.

Miranda said,“I won’t be controlled by you." But again, with a smile, and soft tone. I picked this up, and remarked on it, especially as she had started the session with concerns about the pretence in her tone of voice. In Gestalt, we take the themes or ‘figures’ we are working with, and look for how they are manifesting in the present experience.

I offered her support to have a ‘bitchier' tone of voice. It was hard for her. She closed her mouth in what I call a ‘zip’. I pointed this out to her. She said she actually felt angry when talking to her mother. So I invited her to show that in her voice. She was able to do so a little, and say her piece without a smile. This was a small step - she had not got to the point of raising her voice. But it was important to move at a pace which Miranda could integrate, rather than going for a dramatic movement.

There was much rich ground for therapy here, but such work needs to be done over a period of time. Gestalt privileges integration; otherwise, great insights, or great releases of energy, do not embed in the person’s being.

Part of the value of therapy is in the new experiences and learning. Part is in the development of the ground of relationship, which comes through the client ‘being known’ by the therapist. So in cases such as this, I get to know and understand the client in important ways. This knowing then builds essential ground for subsequent sessions. Gestalt is very focused on providing a therapy that is not ‘off the shelf’, but one which is individualised and very much tailored to who the client is.