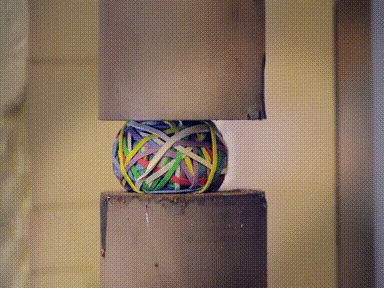 Odetta said that she talked too much, then felt depleted.

I noted to myself that characterologically, this suggested issues to do with orality, and unmet needs. She said that she had problems with two different women. I asked her to pick one of them, and have a dialogue with her, by imagining she was on the other chair. My instruction was to start with her feelings. Odetta described them as being like a rubber ball in her guts. I asked her to imagine pulling the rubber band out of her guts, putting it her hand, and the expressing those feelings to the other women.

I did this because I wanted her to be present with her trauma, but not get bogged down in it. From my past work with Odetta, I knew she could easily get lost in her feelings. By pulling the feelings out, she actually could get more in touch with them. Her expression was then ‘I want to throw the ball at you’. This suggested aggression, but in Gestalt we never assume, so I enquired, as she still had not shared her feeling. People often do this, find ways to avoid being in touch with their feelings, or avoid expressing them directly. So I focused her awareness on this ‘emerging figure’ as we say in Gestalt. Then she said to the woman,“I like your groundedness.” I then invited Odetta to say what it was that she wanted, in the present, from the other woman.

Asking her to say this in the present is very important, otherwise people easily get lost in their feelings. Odetta told the woman,“I want to know how you stay so grounded.” I got her to swap chairs, and reply as the woman - she said,“it’s because I have positive beliefs.” I asked her to swap chairs again. Odetta, speaking as herself, said ‘..but I can’t do that’. This is an important juncture. It means that Odetta is caught in the experience of her powerlessness, likely a historical feeling, as she was a perfectly capable woman, in her current life. But in her ‘talking too much’, she couldn’t take in an instruction or a suggestion - I had found this previously in therapy..that she really didn’t take much in. So I asked Odetta to pause for a moment, and really digest what she had heard. This interrupted her pattern of ‘I don’t know what I want or what I feel’. Her talking too much was skating on the surface. Yet, to go deeper required not just Gestalt experiments, but taking time slow down, and integrate the nourishment she had been given. So I left her with this, as homework.

Facilitating process can be supportive, but it’s also important to know when to allow someone space to integrate. Too much activity is exciting, but not so useful in the long run. And with someone with oral issues, they need to find the place where they are ‘full’, as otherwise they will keep on talking, and keep on asking. So the therapist has to draw a boundary line.