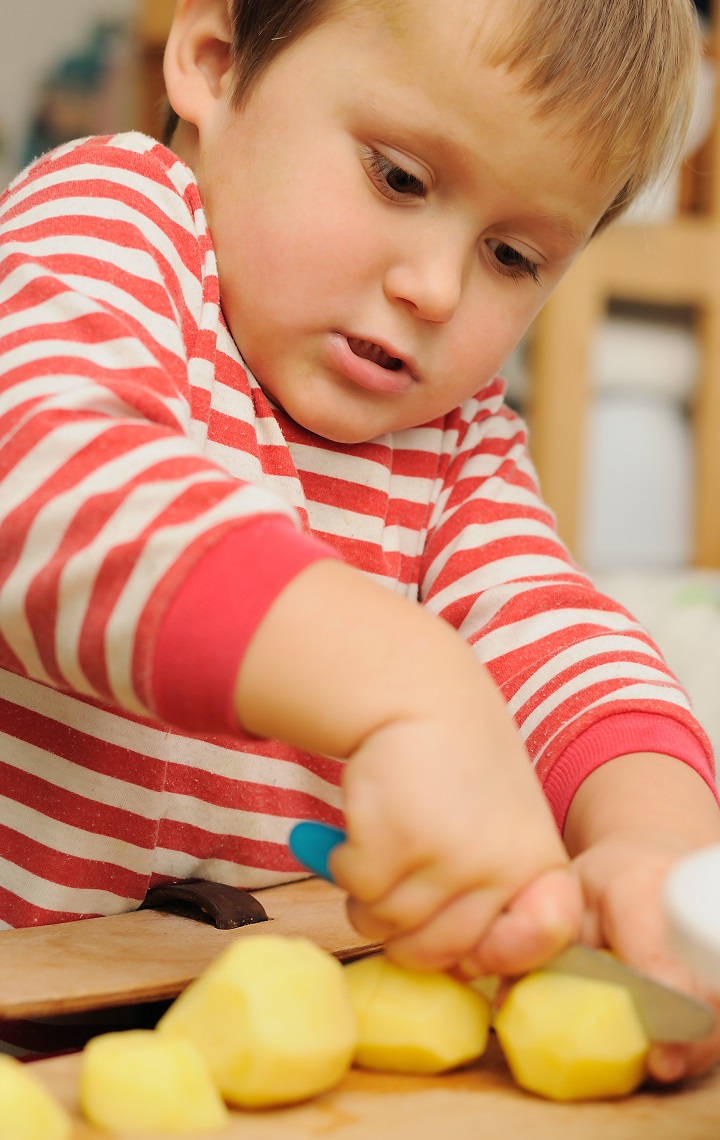 Catrina talked about a fear of knives.

When she was 6, she was with her father. She had to make the dinner, by herself. She cut the veggies in hurry, and slipped on a potato, cutting her finger. There was blood. She hid it from her father, and never told anyone about it. As she was telling me this, she was holding her finger. This was the present dimension of her pain, which I brought attention to. In Gestalt we generally want to bring things into the room, into the present; to bring awareness into the body, into relationship.

So I suggested a Gestalt experiment. I brought in a knife. I told her it was inert - it could not jump up. It was at my command. The emphasis in this process was on safety, within the risk - that is the way a Gestalt experiment is conducted. I put the knife at a distance. Then slowly, in stages, brought it closer. I touched the handle first. Then the flat of the blade.

I instructed her how to touch it. I then showed her how I could touch the sharp blade itself and not get cut - simply putting my finger on it, without moving. I demonstrated all this. Then I invited her to follow the same steps, with her uncut hand. When it came to touching the blade, I got her to put her finger on my finger, where I touched the blade.

I told her I was there to support her all the way. This was of course a deeply emotional process for her. After she successfully touched the knife, and its blade, I brought her to the future, playfully: “what do you think you husband will say when you come home and are able to touch a knife! How surprised will he be!.” Because she had this knife phobia, she never cooked, so her mother had to stay with them, to cook.

I pointed out that she now had the freedom that her mother no longer had to stay in the house. This was future pacing - anticipating the result of the changes, extending the effect of the experiment. Then I did the same slow process with her other hand, firstly with her ring finger. Then we did the same thing with the finger which had been cut. Even after this, she still had fear in her body. The knife incident represented more than just the traumatic experience. Her father never gave her any nourishment at all; and her parents would fight, and threaten to cut each other with the knife. So the fear of knives went deeper.

So I played a game - I pulled an angry face, and she startled. I told her my angry face was a ‘fake’, I was not really angry. So I would count down and then pull the face - increasing safety. Then she was to pull an angry face back. The experience was very intense for her. She screamed, very loudly. She felt an aching in her chest. We did this several times, then repeated standing (to mobilise the energy). She screamed again, a very sharp sound. I touched her chest as she screamed - to bring awareness to the centre of the pain and anger. Then she felt her aggression, and wanted to hit me. I took a pillow, and she hit very hard. After this, there was no fear left. An experiment like this evolved, starting with the theme, and then developing as the energy unfolded. The client essentially directs what happens, and I pick up the clues, and create the setting.