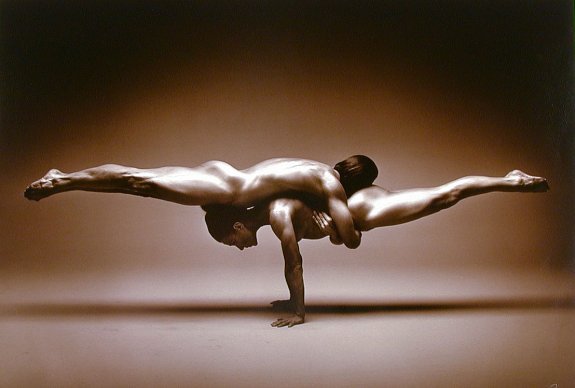 Sarina was very sad. She said she wanted to balance masculine and feminine within herself.

I noticed her socks - they were red. She said that a master who she followed told her that red was not a good colour to wear - it was too masculine. So now she tries to wear grey colours. She said she was desperate to balance the masculine and feminine energies. She had had a successful life. She had been a mayor, the editor of a newspaper. Men liked her. But she had given up her job because she felt herself too much in the masculine world and did not want to become more like that. Again, she reported feeling sad, and unhappy.

She drove a small jeep. She liked driving jeeps. But she didn’t want to drive a big one because it would be too showy, and again, too masculine. There was a conflict within her. I asked her to choose something to represent that conflict - she chose a red candle. She wanted to put the candle to one side, not have it between us. But when she did that, she started to feel panic.

She recognised that the the candle represented her mother. And I was in the father role. She said that she had lived her life to please her father, and his ambition. But now, she didn’t want to live for anyone else.

So, I took the opportunity of being in the ‘father’ role to give her some supportive messages. I told her her-“ it’s okay to be yourself, to wear red if you want, to drive a jeep if you want; it’s okay to live your own life. Then you will attract a man who likes you, just the way you are.” Her response to this was to tell me that she would like to take me to the movies. I took this as an indication that I had shifted roles from representing father, to being more a peer, a man she could get close to, go out with; the erotic dimension of this was coming forward. She was showing me her vulnerability and her yearning, and so I acknowledged this to her.

She came back to her statement about balancing the masculine and feminine. So I told her a little story. I made it up - about a woman who was capable, and a man who met her and liked her capability. I talked about the man being able to have a balance as well, to show his softness. About both of them moving between masculine and feminine capacities. A story such as this gives a sense of permission, provides possibilities which may be desired but not as yet achieved. Her indication of vulnerability towards me meant she was in a space to take this in.

I gave her the homework, to light a red candle each day, and to do something that felt feminine for her. She needed to feel herself moving into her feminine, and clearly red was a colour that was important to her - she wore the red socks, even though she wasn’t ‘supposed to’ according to the master. The emphasis in Gestalt is on the person finding themselves, developing the areas they want to. In this case, masculinity and femininity are very much socially defined. So I wanted to help her explore what that meant for her, to define her own self of self within that. I did not want to replicate the ‘master’ who imposed his ideas of what it meant to be masculine or feminine.

Finally, I told her another story - of Amelia Earhart, who flew solo across the oceans when this was beyond the sense of what society believed a woman could or should do. This provided her with both an example (support) and also a metaphor, which should could use to construct her own sense of herself as an adventurous woman.