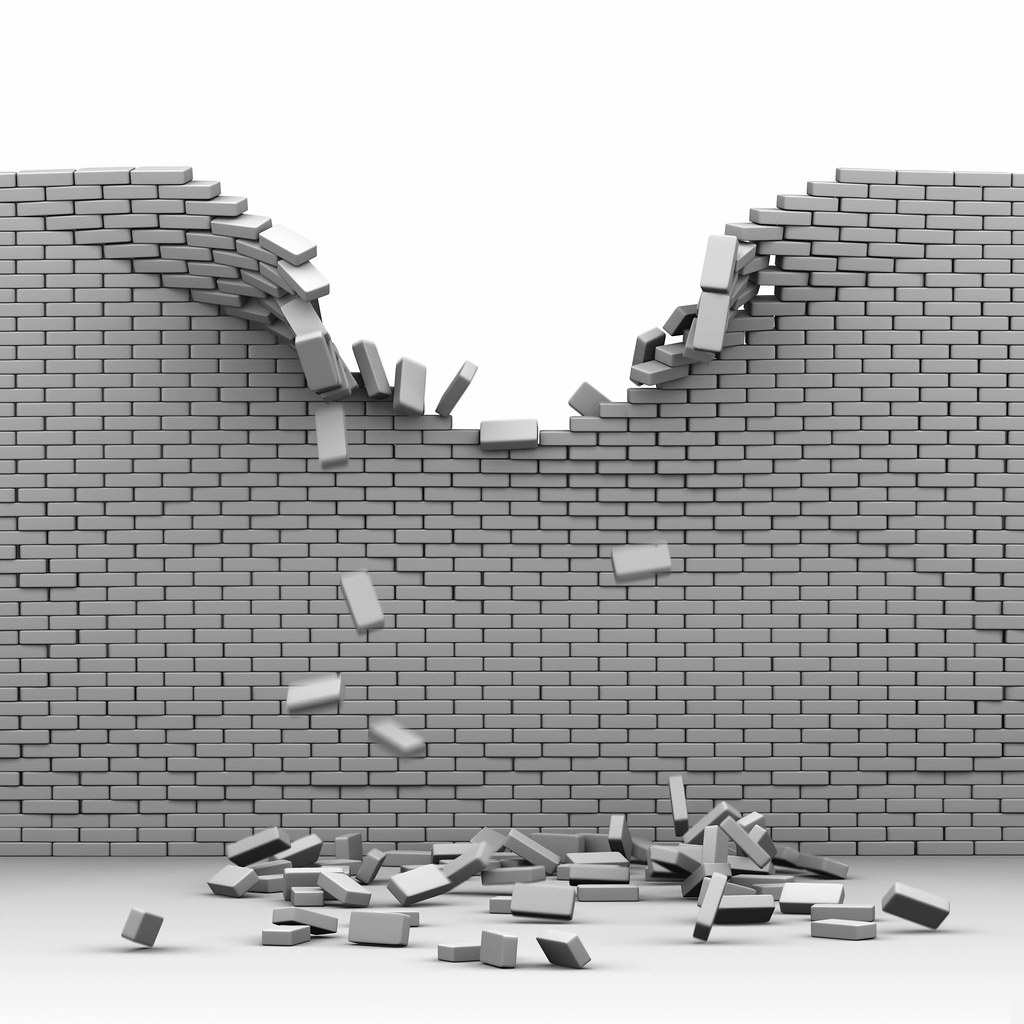 Brittany spoke about having a picture of a wall in her mind, that she felt quite scared of. She talked about not being able to get through it. She felt distress, demoralised, and that it was blocking her way.

In Gestalt, we are always interested in anything that looks like 'resistance', a wall being a clear example. Rather than trying to get through it, we explore it, through a Gestalt experiment.

In this way I facilitated a dialogue between her and the wall. She was initially very scared of the wall - wanted to run away. She identified the wall as 'solid', 'secure' and 'dead'. I helped her find a distance from the wall where she could stay, and not run. I encouraged her to breathe, to stay with what she was feeling, to stay with the experience of being in the proximity of the wall.

Gradually her fear subsided. She started to be able to feel her own solidity. To feel more secure in herself. This allowed her to stay with the 'dead' feeling. I brought her into the present, into her breathing, her aliveness, in juxtaposition with the deadness. This conjunction of polarities is very powerful, as the split parts of the personality start to make contact, something shifts.

Brittany was able to breathe life into parts of herself which she had deadened, out of fear. Her sense of solidity increased. Her disowning of the wall transformed. She was able to find her steadiness, her fear reduced, the wall no longer a barrier, allowing her to now move forward in her life.