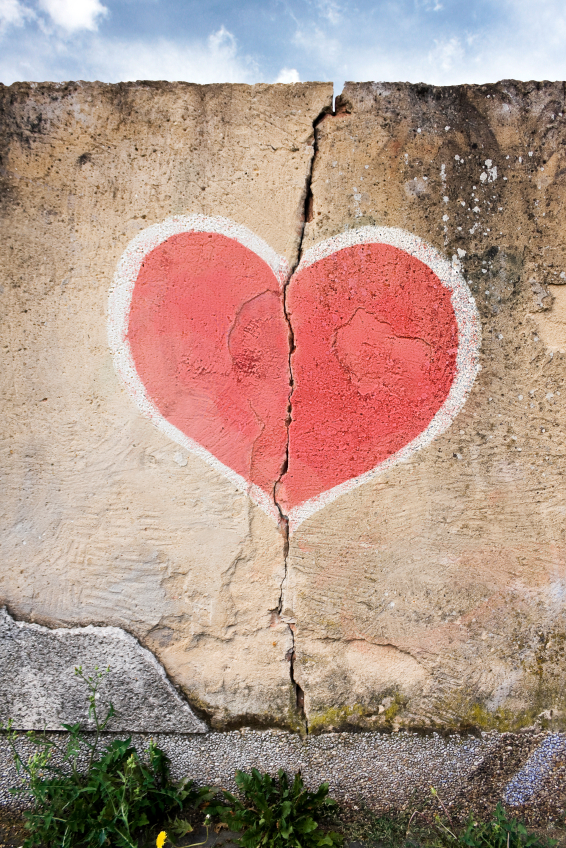 Aimie spoke of the issue of security. She had fear, and sometimes anxiety about catastrophic things happening. I asked for an example. Her daughter was new to primary school. Aimie made sure that the teacher knew to show her daughter the playground, as she was not familiar with where things were. Aimie was quite anxious that her daughter would know where to go, and waited until the play time, when she saw another man, not the teacher, leading her daughter onto the playground. This brought up great fears in her. She approached the man, and found everything was ok. Nothing bad had happened. But there was a deep pain in her chest the whole day. I asked her about the feeling - she said it was like a knife scratching on her heart. In Gestalt style, I had asked about this in the present, and she showed me the place on her chest she felt this.

Clearly such intense emotions were connected to something deep. Nothing bad had happened in her adult life, to her, or her child. Her life was happy and settled. Then she spoke of having been left with her grandmother between the ages of 1- 4. During that time, she only saw her mother a few times. Then she went to live with her parents again.

Again, there was the pain in her chest as she was talking about this. She had some some psychoanalysis, and so had gone into addressing this trauma. Yet, the feeling was still very real, palpable, and overwhelming. She understood about the topic. But the feelings were the issue. So I asked her to show on my chest, the feelings in her chest. This was because she was deeply caught in the feelings, they were locked inside her, and clearly had not been released. So she ‘cut’ my chest with the ‘knife’ of her hand. Now her feelings started to move. She shook, she trembled, she cried. She said she felt hate. I encouraged this.

Then she said - ‘but I understand, my parents didn’t mean badly’. This was the ‘insight’ she had got from her self reflection, and previous analytic work. But though it produced some measure of understanding, and perhaps a level of calming, it clearly did not address the visceral feelings that were present. So I encouraged her to feel the hate, and express it to me, as if I was the caregiver. This gave her permission, and allowed her to move it out, rather than keep it in. I legitimated her hate - the conclusion of a lot of deeply stored pain. I tracked her feelings. Next she felt pain in her heart, then her stomach ached, and was shaky. Her face was shaky. I encouraged all these feelings. I gave her a lot of understanding - "you were left, and even though your grandmother took good care of you, this was devastating for a 1 year old, and impossible to grasp or digest. It’s natural that you have all sorts of feelings of fear, loss, anger.”

Then (with her permission), I put one hand on her stomach, and one on her back, opposite the stomach. I felt her shaky feelings, and palpated, in rhythm, emphasising them. She started to cry more fully, cry out. She had locked these feelings in for so long, she needed some help in being able to release them. I invited her to hold onto me physically. As she did so, she said,“don’t leave me. I will be an obedient girl.” Clearly she had, as children do, blamed herself, and tried to internally bargain, hoping that by doing as she was told, her mother would return. Again, I gave her understanding for this position. At the same time, I invited again the hate feelings - the unexpressed opposite of the bargaining.

Again she took a ‘compassion’ position for her parents. I acknowledged the adult understanding she had, but again, invited her into the feelings, and to press my chest with the ‘knife’. She did this, and was able to cry out, and speak her anger and hate. Then she became dizzy. This was a sign she had released a lot of energy, and now needed to integrate it. There is no point continuing to release energy unless it is integrated into the body. She was unused to such a release. So I brought her back into the present. Her arms felt weak. Her back was a bit sore. I contextualised this by talking about her early efforts to ‘reach out’, finally giving up. Again a wave of emotion came over her. Again she got dizzy. I walked with her around the room, getting her fully into her body, getting her to look around, come into the present.

She reported feeling very light and clear in her body, in ways she could not remember.