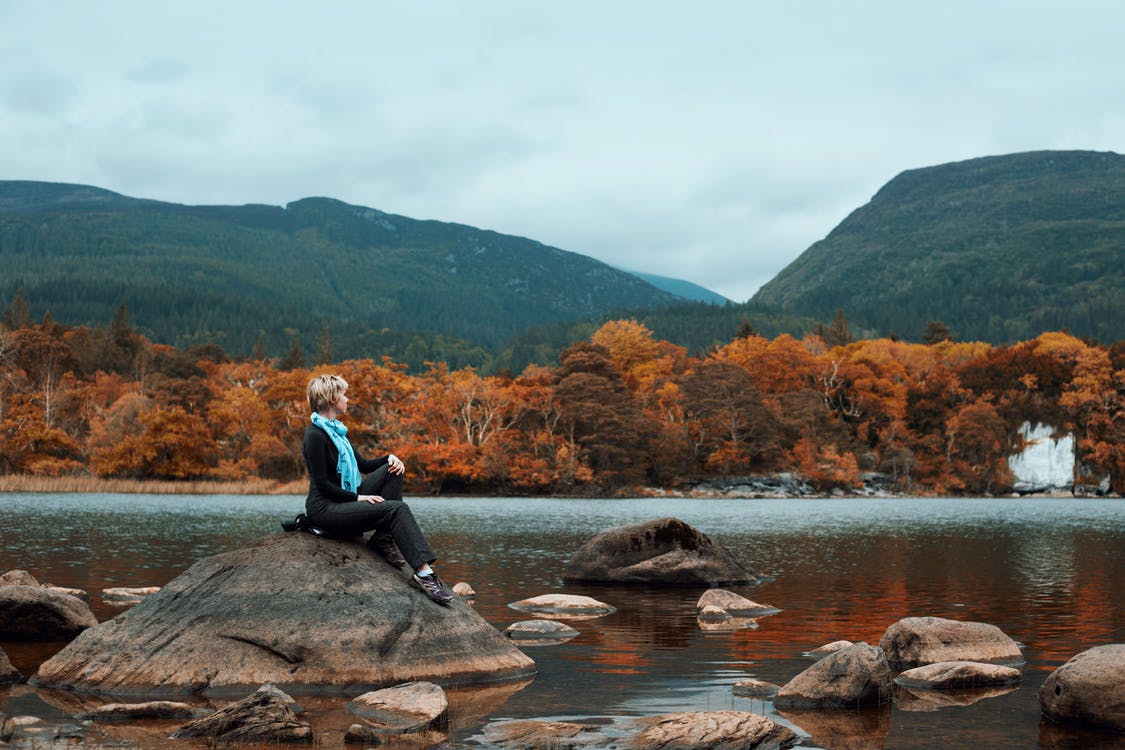 Isobel was depressed. She said her issue was a ’twisted feeling’. She fought often with her husband. In fact she said it was ‘all the time’. She was a housewife, and stayed mostly in the house. He would take their daughter out to places when he was off work, but Isobel would not accompany them.

She said her wardrobe consisted of clothes that were either black, or white. When she was doing anything, or wearing anything, she was not satisfied, and wanted the opposite. This presents some phenomenology that gives us clues as to the person's field, and how they are in that field. But we don’t need to interpret, we can use this as information that the client will give us insights into.

Overall, this sounded like a very unpleasant life to me. I asked if she had any kind of vision of another life, less ‘twisted’. She immediately leapt out of her seat and got her phone. She showed me a picture she kept there - a bench, by a river and a mountain. That was her vision. I asked her to fill out the vision for me in more detail. She pictured herself living there, alone. Painting drawing, reading. I asked what else. That was it. She pictured herself there, alone, for the rest of her life. That made her happy, thinking of that picture. However, she did feel uncomfortable (twisted) because she did not even want her daughter there.

This was an extreme vision - total isolation, a life, completely on her own, for herself. This suggests one end of what we describe as a polarity in Gestalt. It also points to one end of the continuum of contact. I asked how often had she been to a place like this. “Never," she replied. Not even for half a day.

This surprised me. It was, indeed, a dream. She felt so caught in her current nightmare, she had made no steps at all towards something more nourishing. I used my therapeutic authority and told her - “you don’t need therapy for now, you need to change your life. You need to go and be in that place.” I asked what got in the way - what made her hang onto her suffering lifestyle, while twisting herself to look at her vision. She was frank - so her husband would rescue her from her suffering.

I pointed out that after 10 years this hadn’t happened, and so it probably wasn’t likely to happen. He may not have the emotional intelligence to do so...or in fact, it just may be that he is not clear what she wanted from him, and what he could do about it. So that left her with the existential responsibility to do something different, if she wanted an end to her suffering. Gestalt is all about becoming aware of choices. I asked about her circumstances. Being at home she was responsible for her daughter, but on weekends her husband would often do things with her daughter. I pointed out that she could go to her dream mountain place for those weekends. In doing so I was ‘giving her permission’. This can be a useful application of therapeutic authority, when someone is stuck. If they don’t take it up, it means there are other things in the way. But sometimes, this kind of support is all that is necessary to tip the scales, to help a person change direction.

Isobel became instantly very excited. She could see the realism of my proposition, it would directly meet her hearts desire, and by giving up on her husband rescuing her, this left her free to find her own happiness. She was full of energy. I talked with her more about the details.

I pointed out that if she was willing to find ways to make herself happier, this would benefit her daughter, and her husband as well. It started with her. In this way, therapy supports a healthy selfishness, as a base for healthy relationship. Someone in the group immediately offered a mountain place he had available for significant parts of the year to her. That evening, spontaneously, her husband phoned and wanted her to go on a trip with her daughter and him. Now she had options. I helped guide her as to how she could explain to her husband her need to be alone. Sometimes it’s very supportive for people to be given words to be able to articulate their situation. The danger is ‘putting words in their mouth’, but done with attunement and respect, it can allow them to hear a direct and clear way of expressing their needs, and acknowledging the other - part of a learning process therapy can offer.