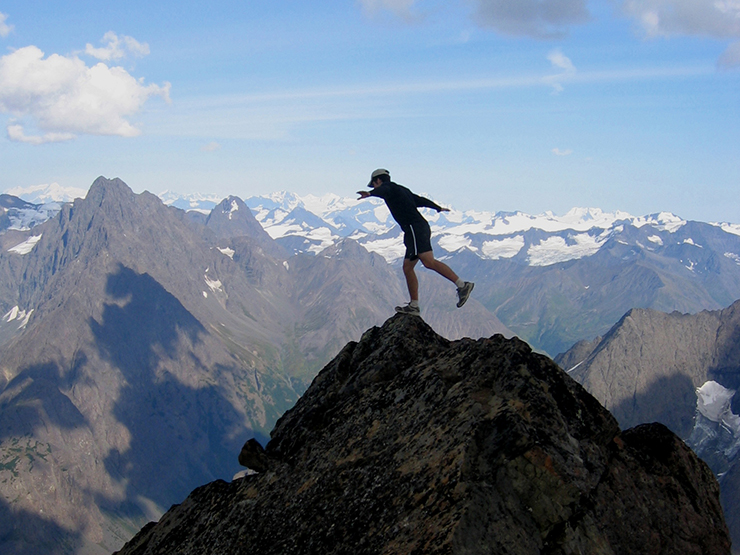 Martin came with the issue that during the group meditation period, he had felt some tension in his stomach. I enquired whether this queasy feeling was familiar - it was not usual. He wondered if it was related to being a young child, and having a medical emergency, which his mother told him about later. I asked him to go into the feeling in his body - it was a shaky feeling. As he went into it, his face softened, tears were in his eyes, and he said he could hear his grandfather and father’s voices reassuring him.

I asked then about his family context -his field. He said he was loved and supported by his parents, and older siblings. He had a healthy and loving childhood experience. So fear was unusual for him in his current life.

This was somewhat unusual in therapy, and meant that his fearful feelings in his stomach had a different meaning than what it may normally mean for someone with trauma and unfinished business.

He said he was not a big risk taker, leading a comfortable and settled and happy life, both at work and home

This sounded great…except that the feeling in his stomach indicated that perhaps he wanted something a bit more. I explained that fear is the precursor to the experience of excitement, which is what happens when fear is integrated into one's being.

So back to the fear, which I suspected indicated a yearning for more risk, and thus more adventure in his life. He agreed.

So I asked him to give me a vision in three areas - personal, work, and relationship.
His personal vision was being on top of a tall mountain he had climbed.
His relationship vision was a long road trip in a motorhome with his family.
His work vision was creating his own company, based on a progressive vision.
As he pictured these things, he again had tears in his eyes, and reported feeling deeply grateful to life.

I explained about how support helped convert risk, anxiety and fear, into excitement, and we explored what kind of support he might need to enable these things to happen. This case shows how important it is to approach people's experience from a phenomenological stance - not pre-interpreting what any particular symptom means. We do this by bracketing presuppositions, theories etc, and being present with the meaning it has for the client.

The result is the client feels heard, seen and understood, and we can know more precisely just where to work with them. It would have been a waste of time going into his family background to try to search for a source of the fear. It was evident he had a healthy upbringing, and there was nothing that he displayed to suggest that he was avoiding something. This allows us to work more with the present, moving into the future. Gestalt work is just as much about the future of the field, as the past of the field, both of which are worked with in the present.