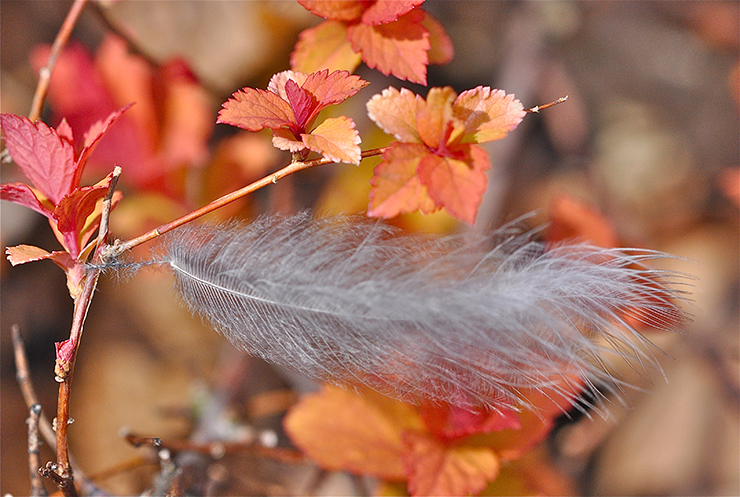 Lenny wanted to feel. He was not in touch with his feelings, at all. I asked at what point he had lost contact with his feelings. This is a field oriented question, paying attention to context. He said before the age of 30 he felt them more. I asked what happened when he was 30: he got married; for 3 years. We were now 13 years later, and he had not remarried. Clearly, something happened at this point. I asked him what - it seemed that the trauma of whatever had happened in the marriage had somehow been associated with him cutting off from his feelings.

So I asked a woman to come up from the group. I found the right distance for her to sit. We experimented with different distances, and at each distance, I asked him how he felt. He was able to differentiate. If she was too distant, he couldn’t sense her at all. Too close, and he felt some pressure.

I then invited him to notice how he felt sitting there with her. He reported a sense of wanting support. This was significant for him, as he had explained that normally he was a person who supported everyone else - one of the reasons he suspected that he had distanced himself from feeling.

So I asked him to express this to her directly - that he wanted support from her. I asked how she felt when she heard this. She actually didn’t feel much. I could see this was because she was not really taking the process of the experiment - or him and his feelings - very seriously. He did not have any big dramatics, no strong feelings, so it was hard for her to respond. When men have buried their feelings, sometimes it’s hard for women to perceive anything there.

So I explained to her that this was actually a very vulnerable process for him, to sit in front of a woman, that he had wounds that meant he distanced from feelings, that he found it hard to express himself, and that it was hard for him to ask for support.

I did this as an intervention to support him, and to support her to move into her own feelings. Somehow, she seemed to be also distancing from her feelings - perhaps affected by the field effect as we call it in Gestalt.

She reported wanting to support him and feeling kind towards him.

In this process a variety of things happened. He moved towards receiving support from her, then automatically found himself wanting to give support. She moved away from offering support as he became less receptive, then back towards him as he again expressed his vulnerability and need. This was the dance of relationship, unfolding before our eyes. At each juncture, I asked him how he felt. This was very hard for him to identify and express, but he was able to notice small changes - like feeling tense, or feeling strong, or his heart beating, or feeling ‘swollen’ though he couldn’t necessarily identify the specific feelings.

I then asked him to hold out one hand as the giving one, the other hand as the receiving one. Then I asked her to hold both his hands, and for him to give with one, and receive with the other. This was another version of the Gestalt experiment, that expressed what was happening in the process, and embodied it, to help focus the figure of awareness. He could do this for a little while, but then reported feeling dizzy, and ‘swollen’. So I asked her to sit back down, and did a little more exploration with him. However, he was not able to identify the feelings any further. The dizzy showed he was actually feeling too much to handle it. And the swollen indicated that he was very full of feelings. But as he was unable to identify them, it was time to stop. As homework, I asked him to continue to monitor his feelings, and see what he could identify over time.