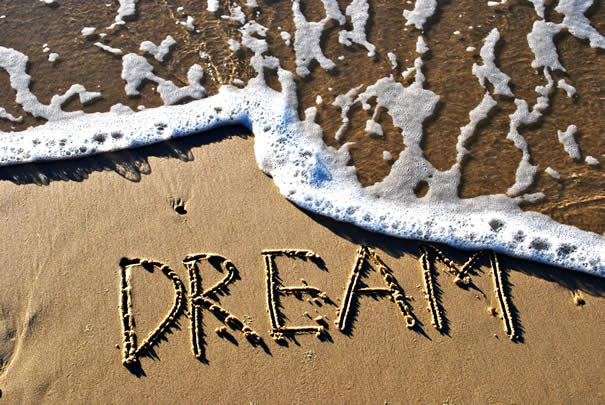 Dreams, daydreams, and stories are all similar: they provide us with access to the whole person.

Jesse had composed a story about two twin boys. They were both playing at the side of a dam. The main character, let’s call him Tony, was afraid of the water. The other twin, Jack, wasn't. Jack was in the water, playing, and ribbing Tony, telling him to come in. Tony held back. Their mother had died some time ago, and they were in the care of a step mother.

Tony had a stone in his pocket, a keepsake of his mother. Jack grabbed the stone out of his pocket, and threw it into the water. Tony rushed in after it, and then found he was okay in the water. He forgot about the stone.

The issue with Jesse was that he was hesitant about marrying his girlfriend. He loved her, but he didn't feel confident about a long term future, and he couldn't come to a solid decision.

We explored this dream, by getting Jesse to identify with each character. Like Tony, he was scared of the water, of plunging in. As Jack, he was spontaneous, comfortable in himself, playful. As dead mother, he was loving, young, soft. As the water, he was deep.

His experience of mother here was important, as his own mother had been cold and distant, and this was part of his difficulty in relationship with women - he was afraid of getting too close, afraid that the coldness would come into the relationship.

So what was clear here is his connection to a deeper, warmer, feminine part of his experience. This was the motivator for him to jump into the water. It was also clear that he needed the help of his ‘twin’, someone who did not fear, and would take that image of the warm mother, and ‘throw’ it into the water.

This was a profound experience for him. He felt still, settled, and able to contact a deeper place within himself, that was not so troubled by his concerns about the future of relationship. As in the story, once he was ‘in the water’, he didn't need the memory of the mother any further.

It was clear though that several things were necessary here. Firstly, that someone else helped him - he needed the ‘twin’ to direct his attention to the warm mother that he longed for. Then, his natural movement was towards that place. Finally, he could really be with himself, no longer split into the part that wanted to dive in, but was hesitant, and the part that just moved forward into life. He felt the two come together. He had the feeling of connection with the deep, warm, feminine in his heart, so he was able to dive into life, and relationship, without hesitation.