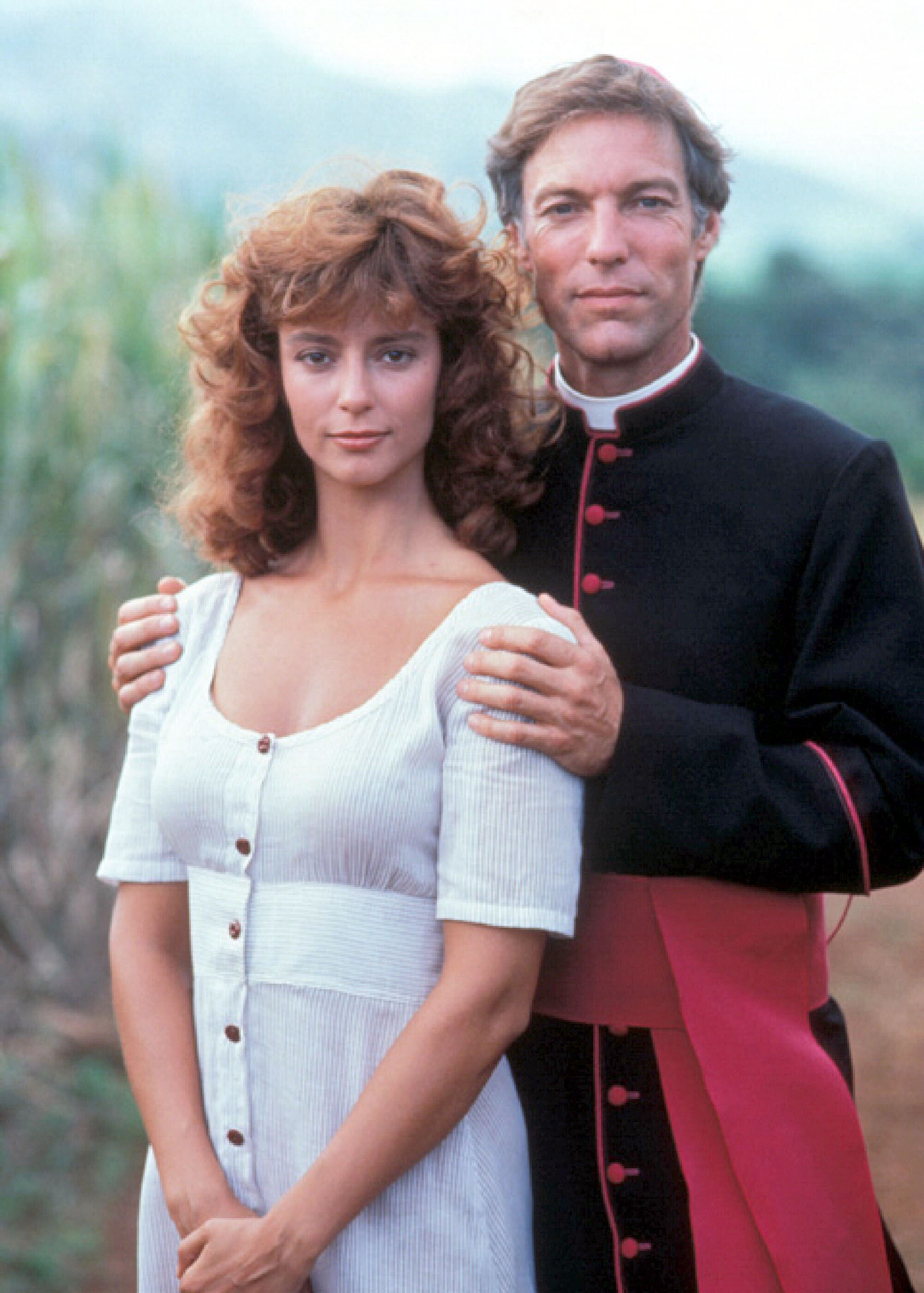 Brad had been a catholic priest for 10 years. He had left the priesthood a year previously, and was not studying for a new profession. He felt good in his choices, but did not feel he could get close to women in an intimate way. He wanted to find a partner, and raise a family. But the leftover from his priest experience was an automatic distancing from closeness with women, or at least from their sexuality.

The message from the church that he had swallowed - ‘introjected’ - was that women were ‘bad’, in that way. This was obviously unhelpful for his present life and future plans, but it was not something that was easily changed. So I asked him about his father, as I wanted to gauge the attitude towards women in his family. In Gestalt we explore both direct experience, and the context (or Field) of that experience.

He said that his father had actually studied for the priesthood for many years, though he had not taken that step in the end, but got married instead. This provided a resource in his Field, which I draw on. I pointed out that his father had obviously not found women ‘bad’, but in fact, had embraced the goodness of sexuality with a woman, and hence Brad’s birth into the world. This was a strong reference point, that could clearly be used to help Brad in his own transition. I asked how long it had take his father after leaving his priest studies, to get married.

Brad replied - “2 years.”
I asked Brad how long he had been out of the priesthood - he said 1 year. This gave me an opportunity to cue in the ‘future of the field’ - a Gestalt process where we bring the future into the present in the form of an experiment.

I said,"well it looks like it’s going to take you 2 years as well. Only one year to go. So let's have a rehearsal for when that year is up.” This took the pressure off Brad having to make the transition all at once, gave him a time frame (that sounded realistic and appropriate to me), and gave him some hope that things would change over time.

So I suggested that a woman come out of the group and sit in front of him, for this ‘rehearsal’.

She just had to sit there, being present.

I got him to hold up one hand pushing her away (the hand he had used when originally talking about the church idea that woman were ‘bad’), and then hold the other hand open to her, in an accepting position. He did this silently at first. He felt a little uncomfortable on both fronts. He found it hard to really take her in, and he also found it hard to let down his guard.

So I could see we needed to do some grounding work.

I asked him about the things that a woman might do to him that were ‘bad’, and cued those in - she might betray him, she might hurt him etc. In this way, I was converting his abstract fears into more grounded ones - she might indeed do those things to him. So I got him to make those statements direct to her - “I am afraid that you might hurt me, or betray me.”

The woman was able to acknowledge - “yes, I might do those things.”
But then she spontaneously added,“it depends on how you treat me.”
This gave him an important, grounded, and potentially empowering clue - it rested on his choices.

He was then able to let his hand down. The issue was now about his own behaviour, which he did have control over. We always look in Gestalt for places where someone can move from trying to control others, or feeling powerless in relation to them, to a position where they feel the power of their own choice.

However, there was still something blocking him taking her in now. I asked if he had been through a formal ritual of leaving the priesthood. He said the process was not complete, but that he felt that he had left it. I was not satisfied with this. Formal processes have profound meaning - divorce, and in this case, getting his final paper from the pope. Until that point, he was not formally ‘available’. I asked how much longer that may take - he said, “about a year.” This was clear then. Until that point, he would not feel completely free. So I again suggested the notion of a rehearsal (...an example of a Gestalt experiment). I folded up a piece of paper, and as the ‘papal representative’ I handed it to him, as a preview of the experience of getting his final paper.

I then invited him to notice what he felt sitting opposite the woman. He reported feeling a kind of warmth.

“That’s it,” I said. “That’s all you need to do, is feel that warmth, and it will develop naturally from there.” The woman also reported feeling more connection with him. This piece of work involved references to the field in a number of ways, which helped support, highlight, and direct the process. With such a formal thing as a priest role, there are many external and contextual aspects which also need to be taken into account, above and beyond the specific feelings of the person.