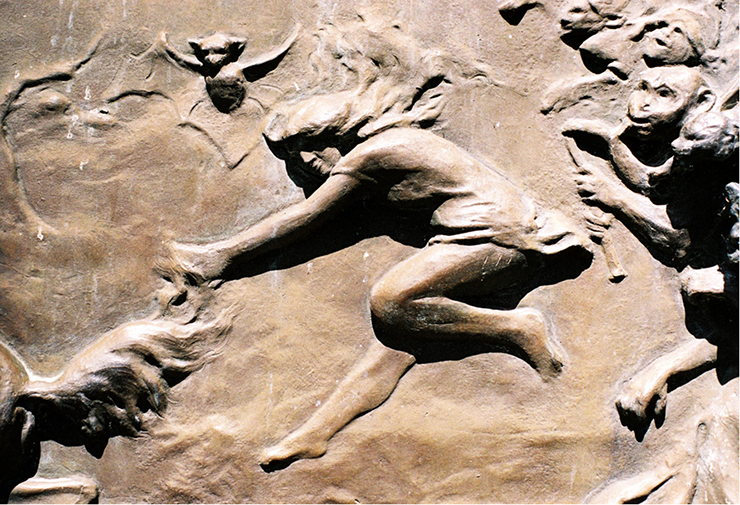 Serena brought the issue of her jaw. Several years previously she had an infection in it. She had it treated, and there was an 80% improvement. But it hadn’t got better than that. It annoyed her - her jaw clicked, it didn’t feel quite right, there was some uncomfortable feeling in the nerves. She wanted to see if it could get completely better.

I asked about her family context. Given this is a somatic issue, family issues tend to be embedded in the body and consequent problems tend to play out family issues. Her mother was a strict task master. As she relayed this, her eyes were full of tears, and stayed this way, as we talked about different subjects.

She always came top of the class, from a young age. She pressured herself to get things perfect, and was very distressed if she didn’t.

This theme continued with her study - taking on an extremely difficult course, and getting through it by sheer grit determination; then her job - having a boss who expected nothing less than perfection, and managing to find a way to work with him over the years.

She said it was like she woke up one morning and the 'devil had got into my jaw…': she just wanted to 'wake up, and it would be gone'.

This gave us the key, so I asked her to describe how the devil had got in? She said through the back of the head. I asked what the devil looked like - she said it was a black bat, with big teeth.

I suggested we ask the devil to come out in front of her for now so she could talk to it. The ‘devil’ said that he liked playful and rigid people, and that he liked her.

This was interesting, showing that the devil was not actually so hostile, and in fact was there very much because of her core issues - her perfectionism.

This was a major revelation. The Devil was actually playing an important role. The jaw situation was in fact a pointed lesson to learn to let go, clearly related to her perfectionism. I asked about letting go. She said since the jaw situation she had let go of some things she had previously hung onto - trying to get a promotion, buying a bigger house. I pointed out that letting go is related in some ways to death, mortality, the end of things. This set up a discussion that could occur another time about letting go as a profound process, raising existential issues.

I asked about what she did for relaxation: not much - she worked very long hours. She did some yoga, hung out with friends, went shopping.

The yoga represented some kind of relaxation activity, but clearly more was needed. I asked what else might she need to let go of.

She drew a blank.

I asked her - "can you let go when having sex with your husband?" She replied - “no.” This was also a key statement. It was not just about the sex, but the fact that sex is very much about a cycle of the build up of charge, and release.

She said she held back, as she didn’t want to get pregnant.

This gave further information about her holding on, versus letting go. Whilst she was not considering children at this stage, the juxtaposition of this kind of holding on - on a deep organic body level - with the holding on that was clearly at the core of the jaw issue, were importantly related in my view.

Sexuality is a template for much else about our experience - our core organismic functioning. It represents our encounter with primeval forces of life, death, pulsation. So sexuality can be a potential key for a profound somatic letting-go that clearly needs to occur for Serena. Her perfectionism is deeply embedded in her body - hence the ‘devil’ coming to change her course. So part of the answer is a cognitive shift - in attitude, and in terms of a symbolic letting go; but more fundamentally it has to be rooted in a body experience of letting go.