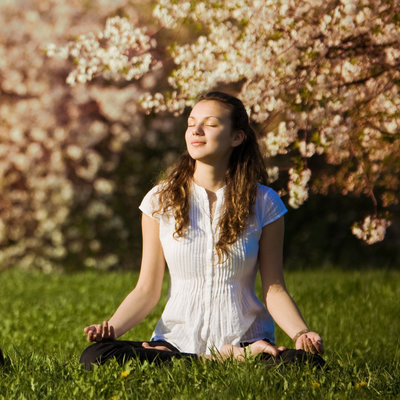 Martha was depressed. The family business was not something she was very interested in; she didn’t want to go to work, but felt guilty when she didn’t. She went in and out of a dark depression, a general lack of motivation, and had considered going on medication. She had tried therapy, but the counselling was ‘just chatting’ and didn’t help. She wanted help to get into doing a regular meditation practice, but she had no schedule, and could not get a regular rhythm going.

Firstly, I made it clear that, while I thought the spiritual practice could be very helpful, I believed that she did need to do psychological work, and that both were in fact important. I subsequently made some efforts to find a good therapist to refer her to. I think that the spiritual solution is an excellent one, but do not believe it is generally enough on its own, just as I think the psychological approach has its limitations as well, and can be supported by spiritual practices.

So next we looked at her situation. I asked about her meditation practice. She said she used a guided visualisation tape, but that it didn’t work very well.

It’s important to have a spiritual practice that you enjoy and that really fits for you. So the first thing I suggested was that she find a really good meditation practice. Whilst guided visualisations can be relaxing, they are not necessarily spiritual in the sense of connecting in some kind of transcendent way, accessing a state which is beyond mind and emotion.

I asked the spiritual framework that had meaning to her - it’s important to find the client's philosophical reference point (if they have one). It was Buddhism. I then asked what specific teacher had meaning for her. This is not always the case, but it’s a useful resource to identify. She named one. I asked if she would be willing to go to that teacher and ask for a meditation practice. She agreed.

The next issue was a regular schedule. This is a problem for many people. For her it was exacerbated by her depression, and by the fact she had no fixed or regularly schedule in her life.

The problem in depression is generally a lack of pleasure (amidst other core aspects of course). So I proposed to her that she give herself a ‘reward’ every time she meditated. I asked her how long and how often she would like to meditate for; she said twice a day, half hour each time. So next I looked for a reward that would be meaningful and easily accessible.

I asked about her interests - the things she enjoyed learning about - they were spiritual matters, and psychological ones.

I talked about how I enjoyed watching videos of people talking about these subjects, and enquired if that would also be pleasurable for her. She agreed. So I proposed that she give herself a reward after each meditation, by spending some time watching one of those videos - that she would line up ahead of time.

This process involved addressing the spiritual by using a range of psychological interventions. One was eliciting resources in her field. Another was grounding her interests in a way that was tailored to her needs. Finally, I used some behavioural elements to support her goals.

Gestalt can work on relational and existential levels. However, it is also flexible, such that it can be employed - as with many therapies - to help a person achieve healthy goals.