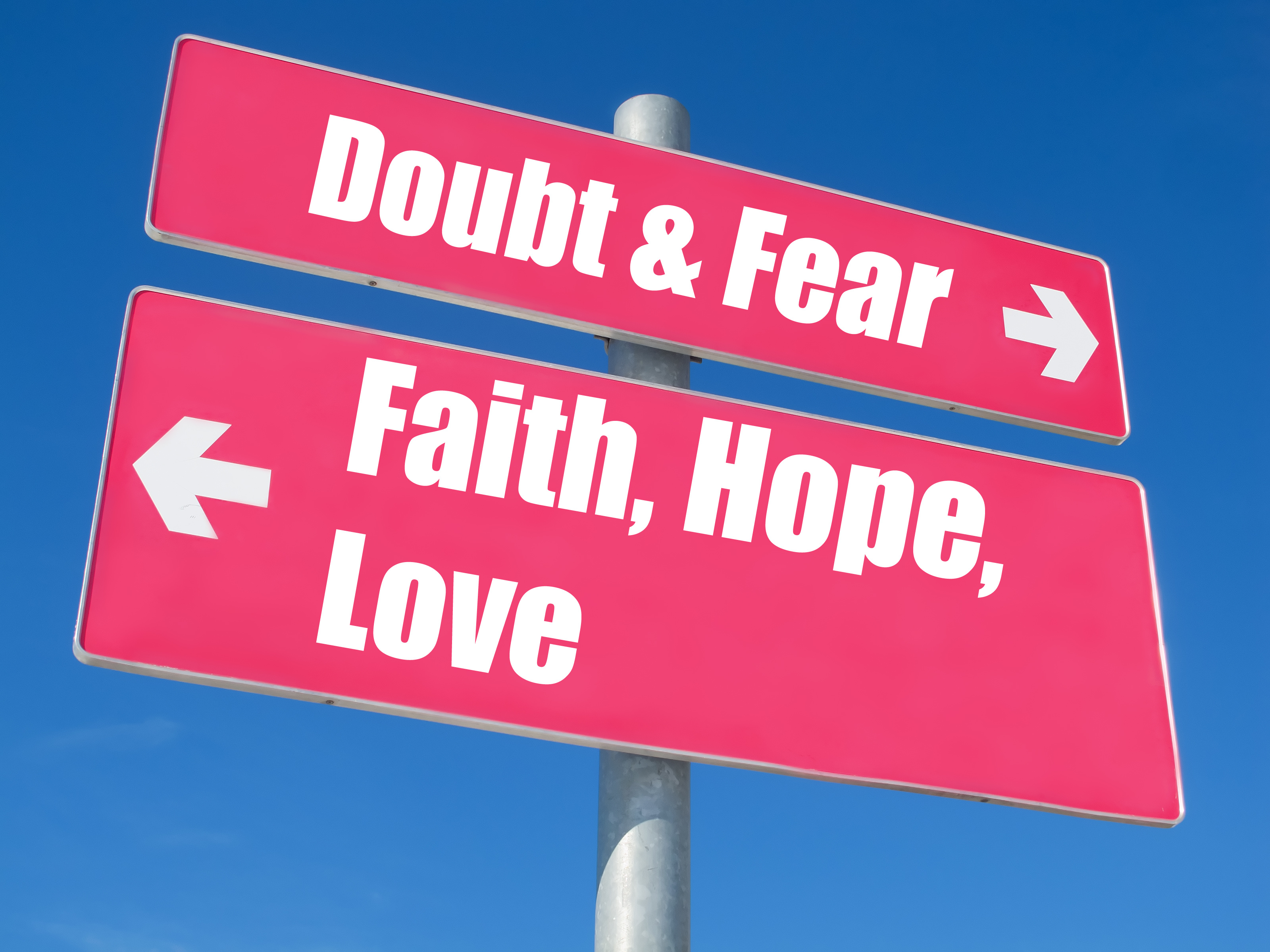 Trevor was in a relationship with a woman and had even proposed marriage to her. But he was still not completely certain that she was the ‘ right one’ . He felt more comfortable with his decision as we went through the therapy, but some doubt remained. He felt that their values were aligned, that they loved each other, and that they could have a good life together. But his doubt kept undermining him - was there someone out there who might, in fact, be an even better match?

He kept trying to overcome his doubt - tell himself that this was not rational, or reasonable, or helpful. He tried to think about the positives about her. But the doubt kept surfacing and undermining their relationship.

So in therapy, we took several approaches.

Firstly, we looked at context - this is the Field Theory orientation of Gestalt. His father had a lifelong affair with another woman. So Trevor grew up with this triangulation. So when it came to committing to marriage, he found himself doubting if, in fact, there may be

‘another woman’ out there, who would ‘steal’ his attention.

I invited him to play out a conversation with his father and his father’s lover, telling them how their relationship affected him as a child, and how it continues to haunt him. I invited him to notice his feelings - sadness, anger - as he spoke to them.

This conversation helped to finish the ‘unfinished business from his family. By inviting him to notice his experience in the present, it allowed him to get some support in the therapy, and to move his energy in his body. Unfinished business is also stored somatically.

But there was more work to be done. We needed to work with the polarity:

confidence/commitment and doubt/uncertainty. Gestalt works a lot with the integration of polarities.

So I invited him into another Gestalt experiment: imagine talking to a friend, and being a doubting kind of a person - that is, externalizing and owning the voice of doubt in his head. What happened next was interesting. He started doing the opposite - telling the friend how she should in fact have more faith.

I recognized this and pointed out that he was now speaking with ‘the voice of faith’. This gave him an experiential recognition of an alternative voice

So now when he starts hearing ‘the voice of doubt’, he will be able to also listen to ‘the voice of faith’, which will counter the undermining effect of doubt.

This was achieved not by giving him advice of what to do, but through creating the circumstances for a new experience. This is the emphasis in Gestalt therapy.